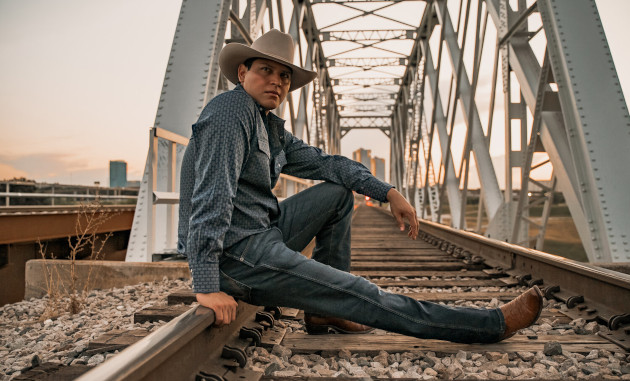 Take your favorite traditional country vibes from the 90s, mix them with a good measure of songs heavily written in the musical tradition of Texas, and spice them up with a bit of Tejano squeezebox flavor from South Texas, and what have you. is Matt Castillo’s latest album that will boost your confidence that the fine traditions of country music from Texas and beyond are in good hands moving forward.

Growing up in Austin, Matt Castillo was exposed by his mother to a healthy dose of artists such as George Strait on tape, sparing him the experience of country music’s descent over the past two decades. When he turned on the radio, what he found sounded so completely alien to him, Castillo decided to do something about it and help put real country music back in the modern context.

It started with his band Matt and the Heardsman which Castillo started in 2013 while attending Valley University in South Texas, specifically the city of Edinburgh just minutes from the Mexican border not far from where Freddy Fender and Charley Crockett are from. and where Castillo’s palette has captured some of these cross-border influences.

Since then, Matt Castillo hasn’t just spent all his energy complaining that his more traditional, cowboy-focused style of country music is frowned upon on commercial radio, he’s tried to do something about it by doing touring the state playing high-energy shows and personally visiting Texas country-format radio stations to help spread the word. Now with a top-notch album produced by Roger Brown in Nashville, Matt Castillo is ready to take his version of Texas country national.

how the river flows is stories straight from the life of Matt Castillo to your ears, with nine of the album’s ten tracks co-written by Castillo, and top managers and players bringing it all to life in a way that reminds you of the best cuts country traditionalists. It includes tons of steel guitar and plenty of twangy lead bits, but this record leaves things like the violin and mandolin mostly on the fingerboard instead of the accordion to give Castillo’s music that unique feel, the making it more original and true to itself.

The album also has some more modern textures so as not to be fully cataloged and inaccessible to younger audiences. Some of the early songs may be a bit too current for some traditionalist tastes, though the songs quickly find a more familiar path. The song “Cause He’s A Cowboy” may have an agrarian theme, but the guitar solo comes straight from the Steve Vai school of arena rock.

Don’t worry though, how the river flows is packed with traditional country and cowboy melodies that are twangy as everyone goes, and sometimes tragically heartbreaking, including the bleary-eyed realizations of one of the album’s strongest tracks, “Leaving Since You Got Here”. The excellent dance floor single “Say It” is where Matt Castillo first appeared on Saving Country Music’s radar. And that album’s title track is perhaps the best example of Matt Castillo bringing his personal story and style to the mainstream country realm.

Making real country music in a way that still feels vital to a wider audience is the challenge every mainstream country artist faces. By putting pieces of himself into the music and blending sounds that are both familiar and cutting-edge, Matt Castillo stands as a standard bearer for traditional country music into the future.