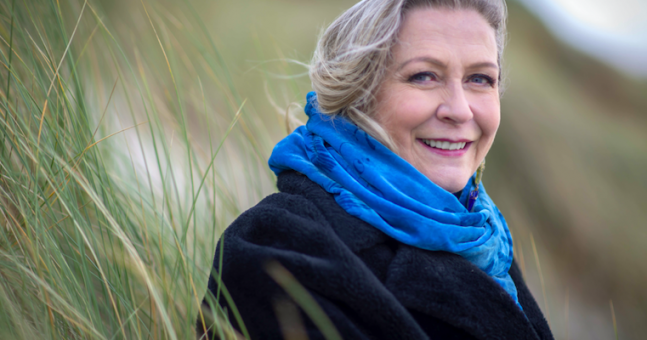 TRADITIONAL singer and violinist MairÃ©ad NÃ­ Mhaonaigh will take fans on a journey from her childhood to her rise to musical fame in the first episode of a new series of a popular music show that airs this weekend.

â€œMusic is what nourishes me. It is like food, water and prayer. It uplifts me, â€said Ms. NÃ­ Mhaonaigh, from Donegal, who stars in the first of five shows, which features some of Ireland’s best representatives of traditional music and song.

The opening program sees viewers travel with Ms. NÃ­ Mhaonaigh from her early school days under the watchful eye of her schoolteacher and musician father, to the heartbreaking loss of her soul mate Frankie Kennedy and her rise to international fame as a member of the famous Altan.

â€œMairÃ©ad has shown other musicians that they don’t have to be content to be on the sidelines, that they can take center stage,â€ explains former Altan member Paul O’Shaughnessy in the program.

â€œI never saw myself as a woman when I was playing,â€ reveals MairÃ©ad.

â€œWhen I played music, I played music. I remember a woman telling me that she had the violin taken off when she started learning to play, and then I realized how supportive my father Francie had been. She adds.

Mairad N Mhaonaigh is the singer of the folk group Altan

At the heart of Ms. NÃ­ Mhaonaigh’s story is her creative partnership with her husband Frankie Kennedy and her death at the age of 38.

With a record-breaking $ 1 million contract for Altan secured just before his death, his wife had no choice but to continue touring and performing.

It wasn’t until she had her daughter Nia a few years later that she decided to return to Donegal and raise her child through Irish, surrounded by the music she loves.

â€œMairÃ©ad and Frankie really understood that the local music she grew up with was special,â€ Paddy Glackin recalls on the show.

â€œAnd when people talk about the TÃ­r Chonaill tradition, they inevitably mention his name,â€ he adds.

Ms. NÃ­ Mhaonaigh’s enduring passion for music from her home country has led her to join forces with fellow Donegal performers Moya Brennan, TrÃ­ona NÃ­ Dhomhnaill and Maighread NÃ­ Dhomhnaill as a member of T with the Maggies.

She also plays a central role in the family group ‘Na Mooneys’ and is part of Donegal’s all-female fiddler group ‘The SÃ­ Fiddlers’.

Other ‘SÃ© mo Laoch’ programs from the latest TG4 series will feature lilter SÃ©amus Fay from Cavan, mouth organs John and Pip Murphy from Wexford, and vocalists Ãine UÃ­ Cheallaigh and Kevin Conneff from the Chieftains.