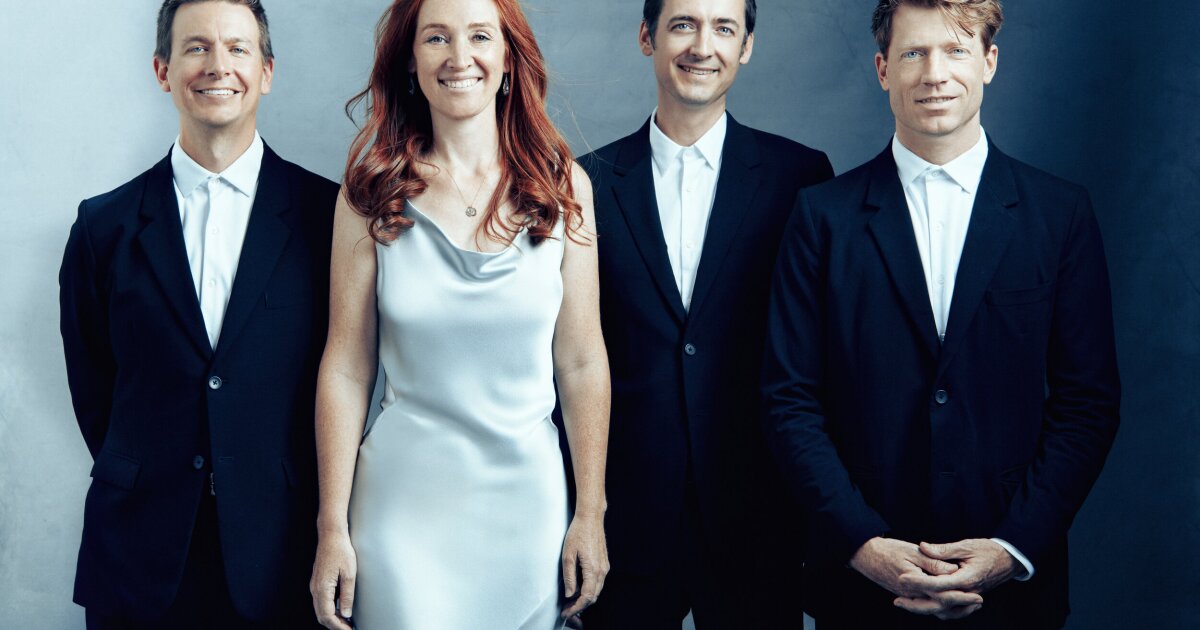 The critically acclaimed Los Angeles-based quartet will open their performance at Harris Hall Thursday with String Quartet in B flat major, Hob. III/40, op. 33, no. 4, written by the great classical composer Joseph Haydn, widely considered the “father of the string quartet”.

“I remember learning about Haydn as a kid and thought it was a bit boring. I didn’t see what was so great about it,” he said. said “And as I got older, I came to appreciate him a lot more – his sense of humor and the way he structures his compositions is still so interesting. … There’s always kind of an unusual thing about it.

The program is divided equally between classical and contemporary works. Haydn tops the show, with Beethoven in the middle.

The Los Angeles-based Calder Quartet will close their performance with a 1994 work, Eleanor Alberga’s String Quartet No. 2.

“His piece is really cool,” Byers said. “She’s a British Jamaican composer. … I haven’t asked her about her specific influences yet, but I feel like I’m hearing Jamaican influences and maybe African influences in terms of the rhythm stuff she does.

Also on the program is the world premiere of a new work by composer Paul Wiancko.

“It’s a really cool piece,” Byers said. “His voice is very American, in a way, … there’s nothing overt about it, but there’s something about it that reminds me of, I guess, sometimes like Charles Ives. Other times there’s a bit of bluegrass or some kind of fiddle tones – just like little hints. But it’s a really exciting piece. We are thrilled to be able to play in Aspen for the first time.

This is not the first time that an event organized by Aspen Music Festival has included a new composition.

“Yeah, that’s something we’re committed to,” said Alan Fletcher, CEO and President of the Aspen Music Festival. “And we have been since 1949, when we started – and this presents brand new work.”

“It creates the future of classical music,” he said, pointing to the long list of notable alumni of the composition program, including Philip Glass and Joel Thompson.

The impact of the Aspen Music Festival on “the future of classical music” extends from composition to performance.

On March 3, 25-year-old violinist Simone Porter will perform at Harris Hall. Porter, an alumnus of the summer program, has made his debut in recent years with the New York Philharmonic, Philadelphia Orchestra and Los Angeles Philharmonic.

“Simone stood out the first summer she was with us,” Fletcher said. “We got to the point where we said, ‘Simone, you’re ready to be a guest artist now. And she was ready and has a great international career.

Pianist Hsin-I Huang – also an alumnus of the Aspen Music Festival – will join Porter to close the March 3 performance with Cesar Franck’s Violin Sonata in A major.

Full vaccination – including boosters for those eligible – and masks are required for the Calder Quartet’s performance on Thursday.