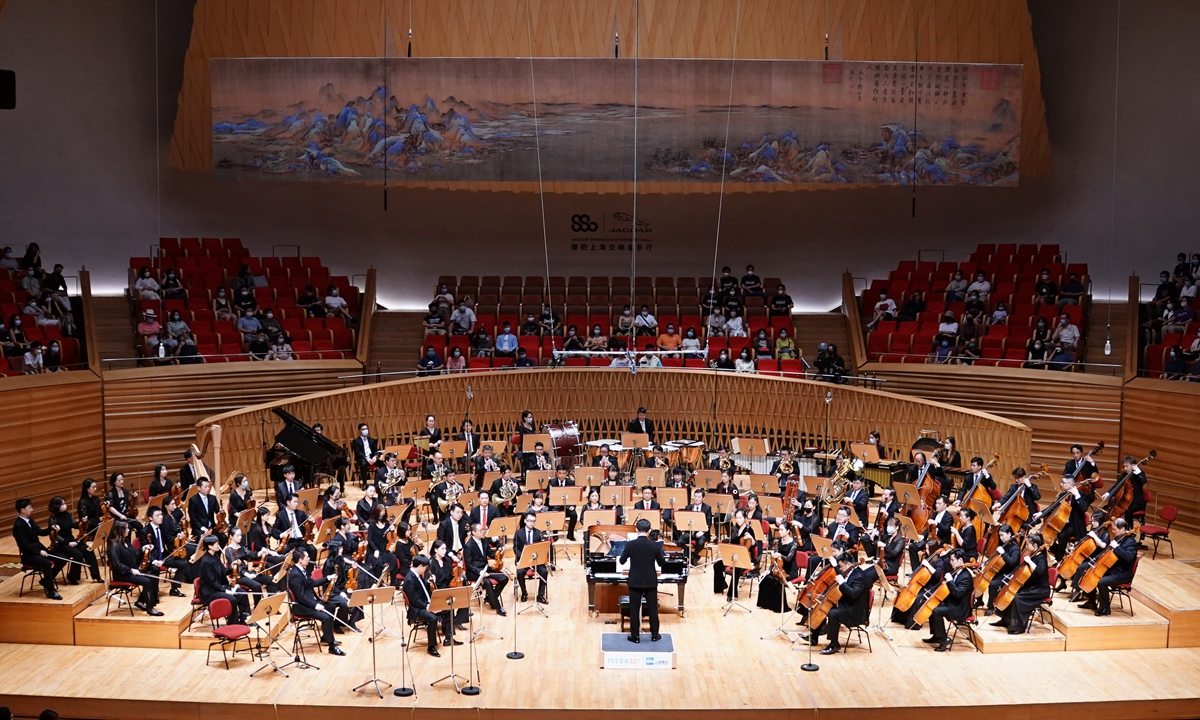 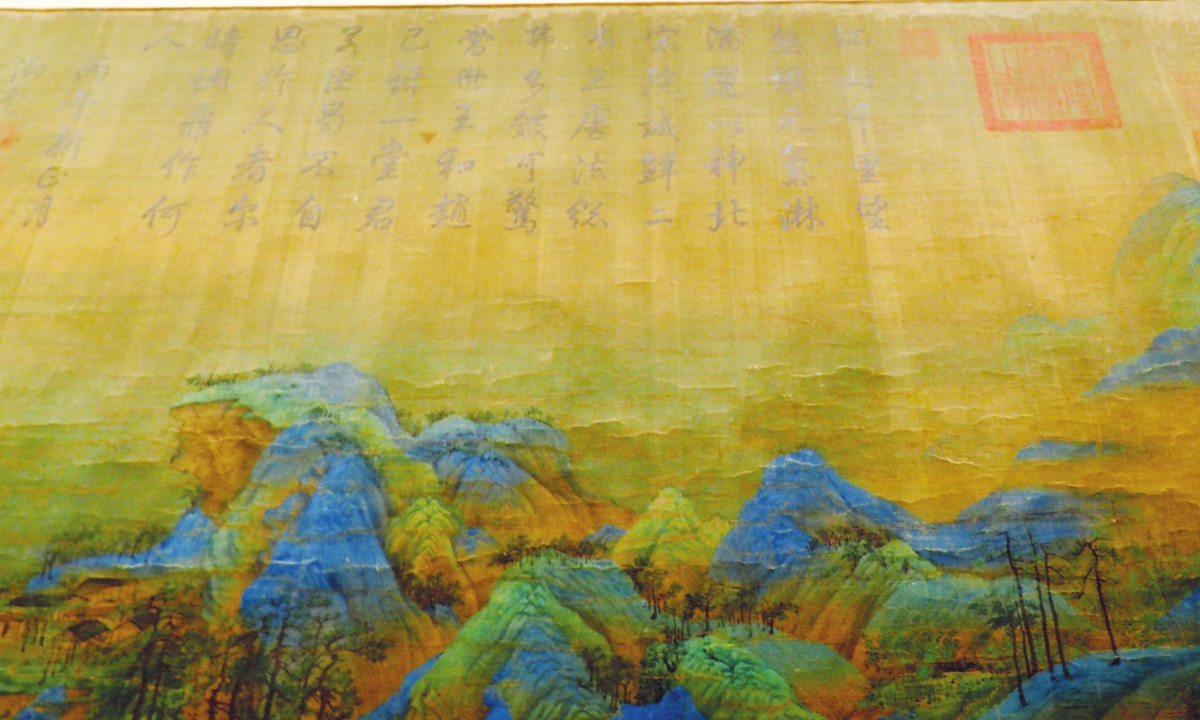 You never know how romantic and talented the Chinese can be. The only surviving painting by the young genius artist Wang Ximeng of the Northern Song Dynasty (960-1127), Thousand Li of rivers and mountains, is probably the finest example of Chinese blue-green landscape painting. With luminous mineral pigments, the painter depicts a vast countryside landscape, an ideal world of perfect order and harmony that people dream of. Now, nearly 1,000 years later, Chinese musicians are doing the same thing Wang did, but this time through the art of music.

The musical interpretation of the masterpiece Thousand Li of rivers and mountains made its Shanghai debut as the closing performance of the Shanghai Symphony Orchestra’s Music in the Summer Air concert on Sunday. After the concert, the show kicked off Wednesday in Xi’an, Shannxi province, on a nationwide tour that will include stops in Shenzhen, Guangzhou and Beijing.

“It’s an ode to China’s traditional culture and philosophy,” the play’s composer Zhao Lin told the Global Times on Tuesday.

“Just as the aesthetics of Chinese painting emphasizes the relationship between artistic conception and the mentality of the viewer, creating music can help people understand the landscape and the sky in our hearts as well as our feelings towards the nature and humanity in the form of music.”

Under young conductor Sun Yifan, the symphony orchestra work, which cost Zhao nearly a year, took theater audiences and thousands of other online viewers around the world splendid scroll painting.

Each mountain, valley, hill and stream in the painting has a unique appearance and is well arranged with a musical rhythm throughout the scroll, leaving unlimited room for the composer’s imagination, Zhao recalled, who even placed a replica painting in his study so that he can observe it every day and find inspiration.

Raised in a family of traditional Chinese painters, Zhao developed a special interest in painting, especially landscape paintings, from an early age. The composer said he sees the musical piece as another way to express the “beauty of China” in the form of folk music and symphonic music. Following the rhythm of the original painting, the musical interpretation has six chapters, each based on the collaboration between a classical music orchestra and Chinese musical instruments like the sheng, a reed wind instrument; pipa, a plucked string instrument; erhu, a two-string bowed instrument; and the bamboo flute. All contribute to building a harmonious relationship between man and nature deeply rooted in Chinese philosophy.

“Each with its own style, the six chapters of the musical piece correspond to the six parts of the painting. In various aspects, they answer two philosophical questions: ‘What is China?’ and ‘What is Chinese?'” Yu Long, the famed conductor and artistic director of the Shanghai Symphony Orchestra, said Monday.

“Listening to the piece of music, all viewers can feel the beauty of China in the composer’s heart and awaken patriotic enthusiasm in their hearts. It is a cherished attempt to set Chinese philosophy to music.

As one of the most popular cities in China, full of vigor and energy, Shanghai is home to hundreds of theaters and performance halls that put on various cultural performances every night, from modern musicals to traditional operas.

As one of 23 symphony orchestras in China that commissioned the work, the Shanghai Symphony Orchestra not only took it from a work composed on paper to make it a reality, but made it into inviting Sun, a promising young chef, to oversee the project. .

Calling the project a “Mission Impossible” because he also plays the piano during the fifth chapter, Sun had to make full use of his time and energy to understand not only the music, but also the emotions and feelings that the painter instilled. in his job. .

“There are many blending moments where water and earth meet, which is often seen in landscape paintings. To present the aesthetic feeling that there is no gap between the water, sky, clouds and fog, this feeling that everything merges into one, the sound volume of the strings had to be seamlessly connected at the end of the sheng section,” he recalls.

The composer was inspired as much as he could by traditional Chinese culture. The methods he used in each chapter are similar to those used in China’s oldest collection of poetry, The Book of Songs, first fixing his gaze on objects and then switching from objects to people.

“It’s a mix of classic and modern,” he added.

The opening chapter is a purely classical chapter presented by an orchestra, then the sheng is introduced to introduce nature and people.

The relatively peaceful third chapter is a concerto dominated by pipa and orchestra, while the fourth emphasizes the love and openness people should have to mountains and majestic rivers. . The fifth and sixth gradually reach their climax with the introduction of the piano and the bamboo flute and end with a soprano solo with the words of a poem featuring Mount Lushan, which is said to have inspired Wang’s painting. .

The delicate arrangement and detailed planning not only won over audiences, but also won applause from music professionals as “a musical work with the spirit of Chinese aesthetics.”

“The composer is quite individual and uses his unique creative techniques to skillfully incorporate the painterly and poetic feelings of Chinese landscape painting,” commented music critic Mao Shi’an.

Upcoming events in the Spalding area include an afternoon of country music, table sale and antique fair