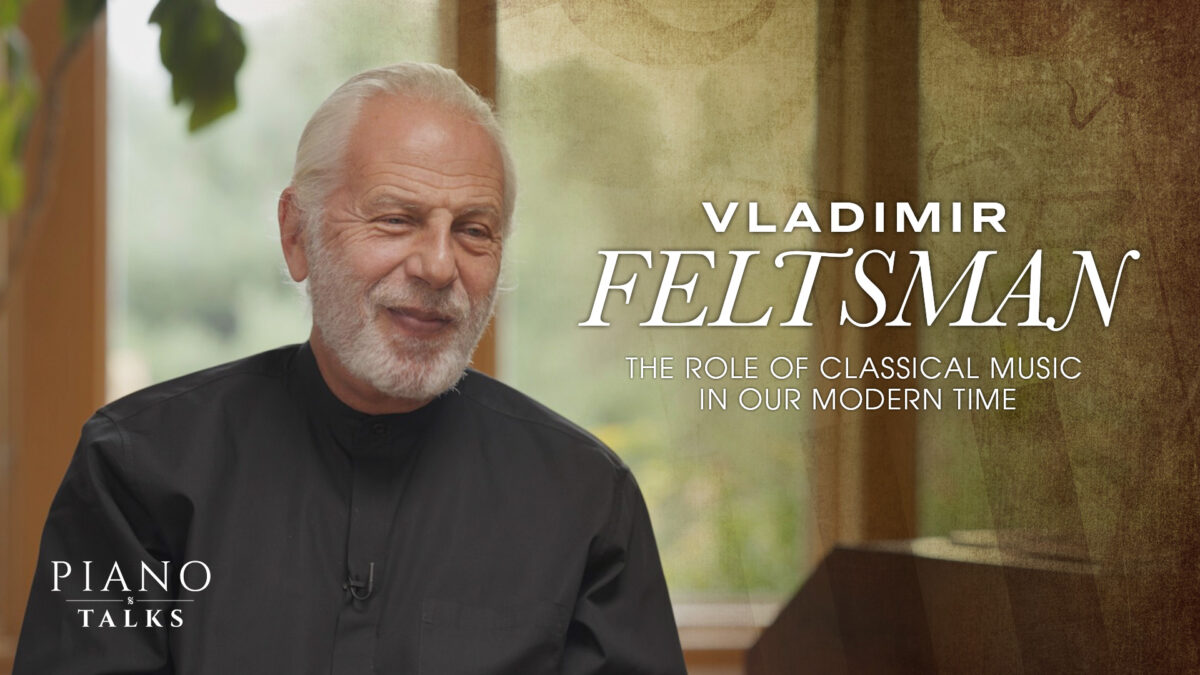 We are delighted to share with you Piano talks’ special episode featuring the great Russian-born pianist and conductor Vladimir Feltsman.

Feltsman made his debut with the Moscow Philharmonic Orchestra at the age of 11 and caught Western attention from an early age as a prodigious talent.

In 1979, due to his growing dissatisfaction with restrictions on artistic freedom under the Soviet regime, Feltsman signaled his intention to emigrate by applying for an exit visa. In response, he was immediately banned from performing in public and his recordings were deleted.

After eight years of virtual artistic exile, pressure from the West finally allowed his release in 1987. Upon his arrival in the United States, Feltsman was warmly welcomed at the White House, where he gave his first recital in North America. That same year, his debut at Carnegie Hall established him as a major pianist on the American and international scene.

Over the past 30 years, Vladimir Feltsman has performed and trained many young musicians around the world.

In this episode of Piano Talks, Feltsman invites us into his home for a broad discussion about music and life.

Inspired Original is a team of passionate filmmakers, artists, educators and creatives who cherish the universal values ​​inherent in traditional art. We create content aimed at building a strong community to support traditional arts, culture and education, thereby invigorating and instilling hope and faith for generations to come.

Will you join us in protecting the arts for the next generation?