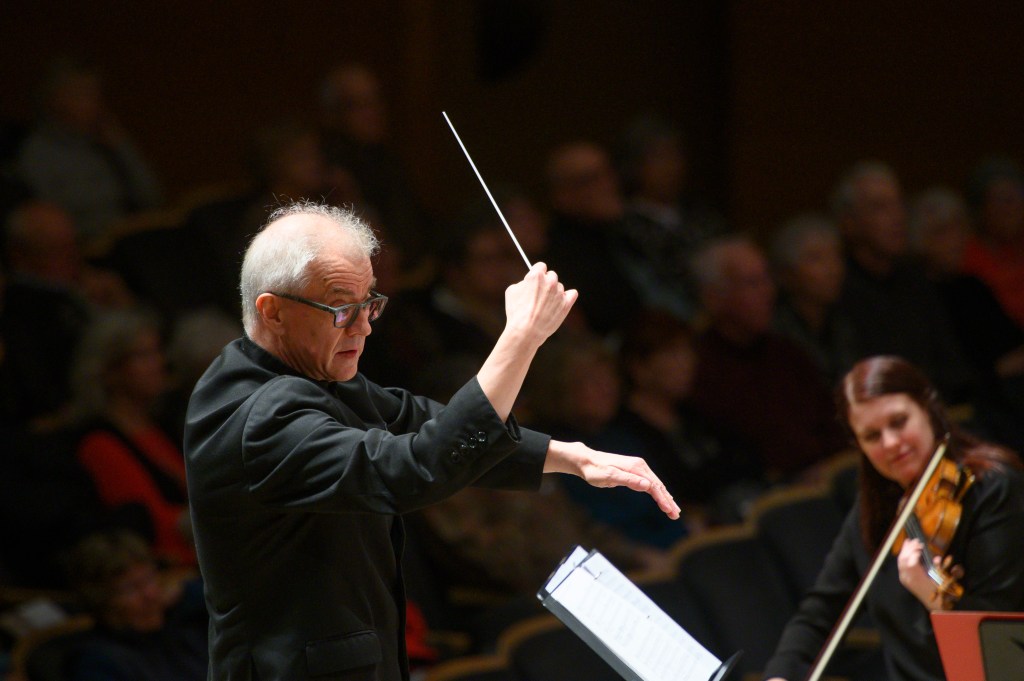 Here’s a look at what’s happening on the classical music stages of Twin Cities.

‘Star Wars’ in concert: ‘Return of the Jedi’

April 22-24: Director and pianist Stewart Goodyear returns to the SPCO for a program of works by Ludwig van Beethoven and Wolfgang Amadeus Mozart. Inspired by Mozart concertos, Beethoven’s Third Piano Concerto opens the program, which ends with Mozart’s last symphony, Jupiter, written when he was 32, just a few years before his death. 8 p.m. on April 22 and 23; Ordway Concert Hall, 345 Washington St., St. Paul; and 2 p.m. on April 24; Benson Great Hall, Bethel University, 3900 Bethel Drive, Arden Hills; $50 to $11 (April 23 is sold out, contact the box office for last minute availability); 651-291-1144 or thespco.org.

May 6: The orchestra chose seven emerging composers from hundreds who applied as the culmination of the orchestra’s annual Composer’s Institute. The orchestra promises to be “daring, colorful, tender and always surprising, the music confidently proclaims that the orchestra of tomorrow is in superb hands”. It is co-presented with the American Composers Orchestra. 8:00 p.m.; Orchestra Hall, 1111 Nicollet Mall, Mpls.; $50 to $33; 612-371-5656 or minnesotaorchestra.org.

May 7-22: French composer Georges Bizet based “Carmen” on a short story of the same name. At its first performance in Paris in 1875, its break with convention shocked the public. Bizet died suddenly after the 33rd performance, but “Carmen” has become one of the most popular and performed operas in the classical canon. Acclaimed mezzo-soprano Denyce Graves, who starred in Minnesota Opera’s 1991 production of “Carmen,” returns to make her directorial debut. Co-produced by the Glimmerglass Festival, “Carmen” is sung in French with English translations. 7:30 p.m. on May 7, 12, 14, 19, 21 and 2 p.m. on May 8, 15, 22; Ordway Concert Hall, 345 Washington St., St. Paul; $228 to $25; 612-333-6669 or mnopera.org.

At the top: Mass in B minor

June 10-12: Music Director Osmo Vanska concludes his final season with the Minnesota Orchestra with Mahler’s 8th Symphony, known as the Symphony of a Thousand. Four choral ensembles will join the orchestra: Minnesota Chorale, National Lutheran Choir, Angelica Cantanti Concert Choir and Minnesota Boychoir. The performance will also be recorded as part of the orchestra’s ongoing project to record Mahler’s 10 symphonies. Only one remains, Mahler’s 3rd, which will be recorded for a future season. 8 p.m. on June 10-11 and 2 p.m. on June 12; orchestra hall; evening shows are sold out (contact the box office for last minute availability) matinee is $60; 612-371-5656 or minnesotaorchestra.org.

1st of July: Soloists, chamber ensembles and the Twin Cities-based Metropolitan Symphony Orchestra explore the many colors and timbres of Latvian chamber and orchestral music through refreshing repertoire and unique combinations of instruments. The show is part of the Latvian Song and Dance Festival (details at latviansongfest2022.org). 1 p.m.; Ordway Concert Hall, 345 Washington St., St. Paul; $40 to $30; 651-224-4222 or ordway.org.

How Jeff Carson left his mark on country music