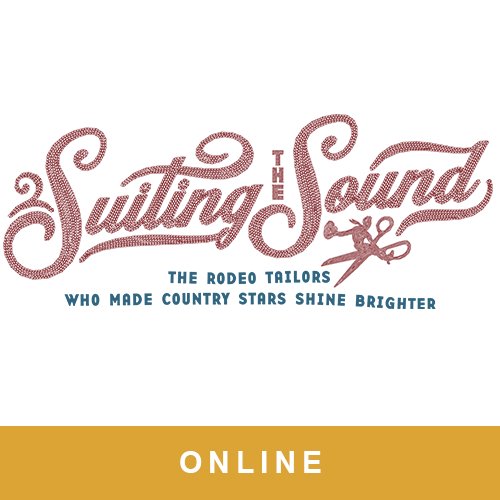 Drawing inspiration from the exhibit galleries of the Country Music Hall of Fame and Museum and an extensive collection of stage costumes and archival materials, Suiting the Sound: The Rodeo Tailors Who Made Country Stars Shine Brighter has been curated exclusively for the public online and is freely accessible here. The exhibition examines the dazzling artistry of Western clothing designers whose couture fashions have helped create an indelible image of country music and inspired fashion far beyond the scenes of barn dances and honky-tonks. Produced and presented in partnership with the Weitzman National Museum of American Jewish History, this conversation explores the emergence of this unique “rhinestone cowboy” look in the 1940s and 1950s, largely in the sewing workshops of Jewish immigrants from Eastern Europe Bernard “Rodeo Ben” Lichtenstein, Nathan Turk and Nudie Cohn. The discussion will be led by Mick Buck, Director of Curatorial at the Country Music Hall of Fame and Museum, and Josh Perelman, Ph.D., Chief Curator and Director of Exhibitions and Interpretation at the Weitzman National Museum of American Jewish History. . Ray Benson, founding member of Grammy-winning Western swing band Asleep at the Wheel, will also join the conversation.

Live at the Hall is underwritten in part by the Ford Motor Company Fund.