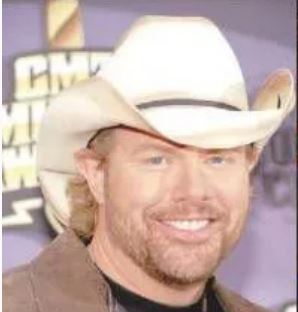 With WYCD-FM (99.5) and Andiamo Restaurants as sponsors, the 59-year-old singer-songwriter from Clinton, Okla. will play Friday, August 7 at the Michigan Lottery Amphitheater at Freedom Hill County Park in Sterling Heights. Frank Ray will open the show.

Keith, whose latest studio album, “Peso in My Pocket,” featured single “Old School” which debuted at the highest radio entry on Billboard’s Stream Chart of 2021. That same year, he received the National Medal of Arts to honor his contributions to American culture.

Over his 28-year career, Keith has sold over 40 million albums, over 10 billion streams, 98 million BMI performances and 32 No. 1 hit singles.

Keith’s “Red Solo Cup” video received over 60 million views and was named Video of the Year by ACM.

It also has a connection to southeast Michigan. In 2010, he opened I Love This Bar at Great Lakes Crossing Outlets in Auburn Hills. The 22,000 square foot restaurant featured a mechanical bull and Southern-style dishes. It closed in 2015.

Opening the show will be Frank Ray, a former police officer from Las Cruses, NM, who performed “Country’d Look Good on You” in January at the Grand Ole Opry.

Tickets for the Sterling Heights show start at $39.80 for yard seating and go on sale at 10 a.m. Friday. To purchase tickets, visit 313Presents.com, Ticketmaster.com and the XFINITY Box Office at Little Caesars Arena.

The Michigan Lottery Amphitheater is located at 14900 16 Mile Road, east of Schoenherr Road in Sterling Heights.