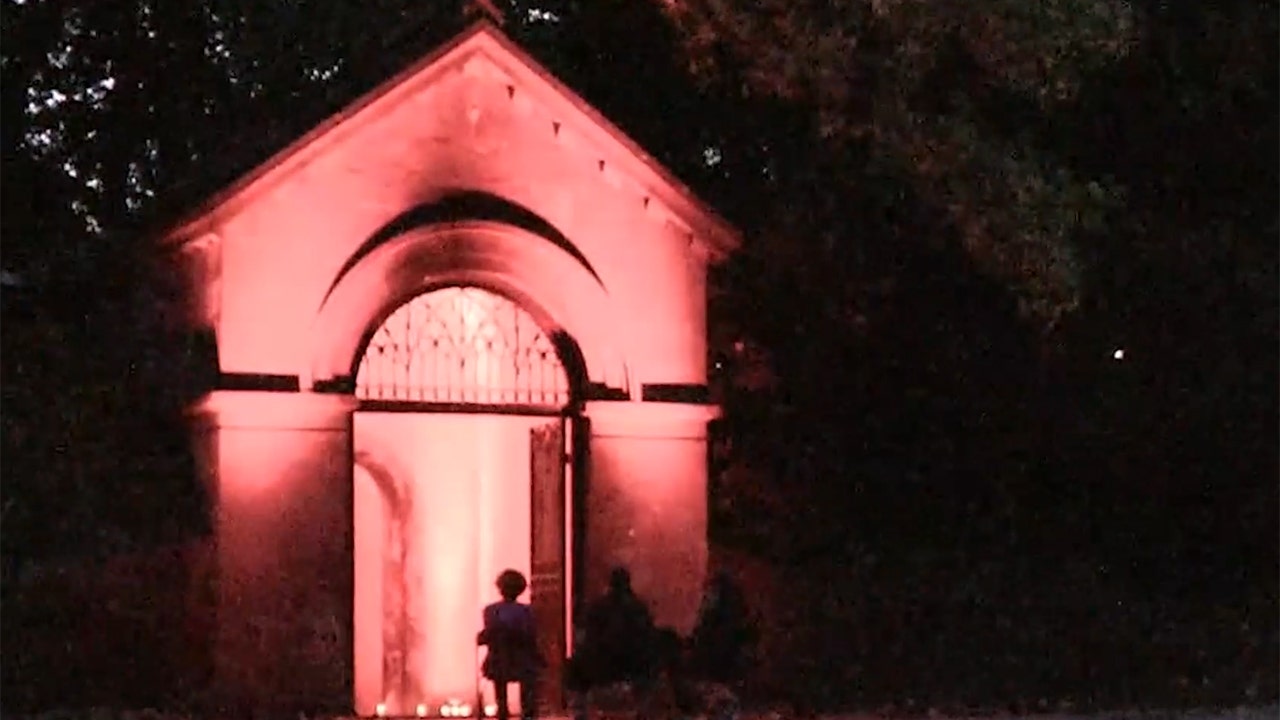 Discover classical music among the dead in Brooklyn

Classical music played in a cemetery

Green-Wood Cemetery in Brooklyn has thousands of trees shading miles of hills. It is peaceful, beautiful and vast and hosts unique classical music performances, which are so popular they sell out in minutes.

NEW YORK – For more than 150 years, the Green-Wood Cemetery in Brooklyn has been the final resting place of many notable New Yorkers, including artist Jean Michel Basquiat and Charles Feltman, creator of one of our most iconic dishes: hot dog.

Opened in 1838, Green-Wood has thousands of trees shading miles of hills. It’s peaceful, beautiful and vast and the last place you’d expect to find a concert series. But Green-Wood hosts one-of-a-kind classical music shows that are so popular they sell out in minutes. The concerts take place in the catacomb of the cemetery.

Death of Classical is the creative genius of Andrew Ousley, who oddly came up with the idea of ​​celebrating life.

“People often ask me why we do these shows and it’s not because I have a morbid obsession with death and the macabre.” Ousley said. “It’s really because when you’re in spaces like this, you can’t help but think about how short and precious life is.”

Catacombs, which were popular in the 18th and 19th centuries, are subterranean spaces where often an entire family was buried in a vault or tomb.

“A catacomb was a more affordable way of not being buried in the ground, which was a very real concern at the time because people were often buried alive,” Ousley said. “So people would buy catacombs so they could get by if, in fact, they hadn’t died.”

The Green-Wood Catacomb hosts a variety of musical artists. There are quartets, fiddlers and singers like Daisy Press who have hauntingly beautiful voices. The press performed songs by the 12th century German composer Hildegard von Bingen.

All participating musicians are carefully chosen. Each concert begins with a sunset cocktail before a quiet, contemplative stroll along the historic winding paths of Green-Wood. The walk ends at the doorway to the catacomb, dramatically lit and bathed in red light.

“There are 30 chests in our catacombs and each has a different font named after them or a different configuration in their chamber,” Gabriel Gatto, Green-Wood’s public programs coordinator, told FOX 5 NY. “And I think it’s also about the individuality that happens in commemoration and death, but also coming together in this unified common space.”

The entrance to the catacomb of Green-Wood Cemetery in Brooklyn. (Picture FOX 5 NY)

The catacombs are remnants of a bygone era. It seems that the more we learned about death, the more stale they became. And while it’s common to find flowers near a tombstone, seeing them placed inside a catacomb is rare.

“Flowers, if I can be so bold, are really the spectators of our concerts that we have here,” Gatto said. “They are the ones who adorn the corridors and pay respect and visitation to all those buried here.”

The next time you pass Green-Wood Cemetery, consider it more than just a burial site. Green-Wood is where classical music is alive and well.

Learn more about the program at Death of the Classic: The Angel’s Share.