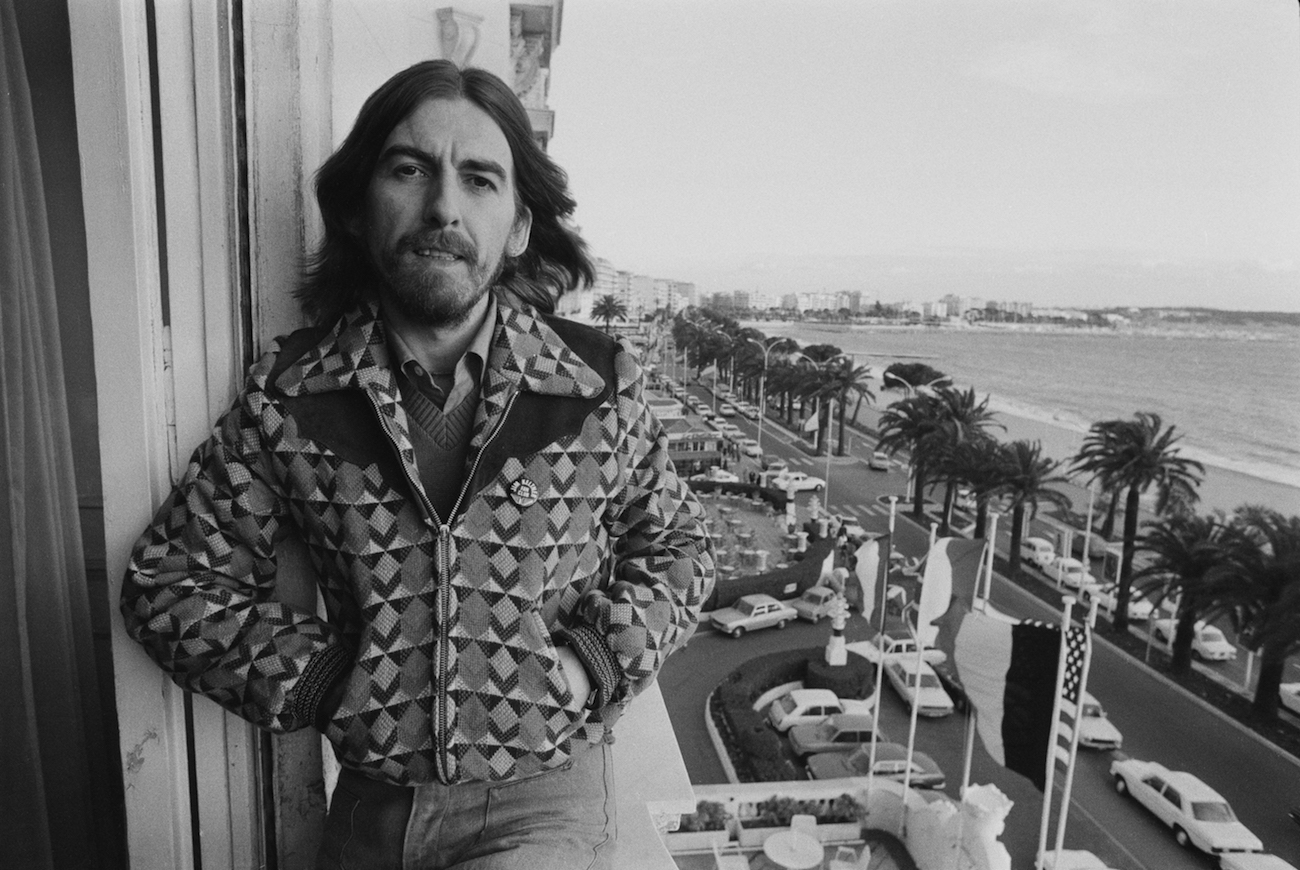 Once George Harrison heard Indian music, popular music and even rock ‘n’ roll did not impress him. He said oriental music was the best form of music people have. When he added it to his compositions, however, fans didn’t receive it well. Thus, George stopped incorporating Eastern influences into his music purely in terms of sound. His songs remained spiritual.

However, that didn’t stop George from hoping that Indian music would one day attract a wider audience. Nothing else would have pleased him more. Ragas, mantras, chants and all that Hindus used to communicate with God soothed George’s soul. Meanwhile, popular music made him feel “uptight”.

In 1975 George told David Herman of WNEW-FM (per George Harrison on George Harrison: Interviews and Encounters) that very few people had impressed him musically. The one person who won him over was sitar legend Ravi Shankar, his musical and spiritual guru.

“In music, well, it breaks down into…I mean there are people who have a more worldly kind of consciousness, and that’s why I’ve always been with Ravi Shankar because he brings, especially in the west, something obscure and creates a spectators. And through his audience, he then gives them something more that…that’s something that people who appreciate that can get into,” George said.

Shankar and other Indian musicians created music that made Geoge think of everything in the universe. However, for George, popular music had the opposite effect.

“It’s a whole different stream of thought that comes from music,” George continued. “In simpler terms, there are people, I like people who just convey a kind of sincerity in their music. I’m a big fan of Smokey Robinson just because musically he’s so nice, he makes you feel good, he makes me feel goodwhereas a lot of music that I listen to, which is popular music, makes me nervous.

“Even if I don’t really listen to it too closely, it’s just the sound and the whole thing, and the repetition, the boring kind of repetition of the way it’s played…”

RELATED: George Harrison on How the Press Covered His Part in the Rolling Stones Drug Bust: ‘They Weren’t About to Bust a Beatle’

For George, popular music didn’t thrill him either.

In 1992, guitar world asked George if contemporary bands seemed to him to “have a bit of the same spark” as his early heroes. George said no.

“I can’t say I’ve really heard anything that thrills me like some of that stuff we did in the 50s and 60s,” George said. “The last band I really enjoyed was Dire Straits on the Brothers in arms album. For me, it was good music well played, without any of the *** bulls.

Tom Petty recalled that George did not have much interest in rock music after 1957.

“The thing he was most proud of was The Beatles,” Petty said. “He said the Beatles had put out such a positive message. He was appalled at the things that were being said in pop music. Once he got into his Indian music, that rock & roll music for him was a thing of the past. I don’t think he had much interest in rock music after about 1957.

Another friend of George’s, Elton John, said “there was a bit of curvilinear commentary about the bands – saying he hated Oasis and U2, the bands today aren’t as good. And they probably aren’t.

“But, again, he was very direct. There was no restraint. You know, back when Oasis was kissing the Beatles’ feet, George Harrison said, “Well, that’s rubbish.”

What gave the former Beatle the buzz

George liked his friend’s music much more than popular music. In 1979, he tells rolling stone he only listened to his buddies Eric Clapton, Elton John, Bob Dylan and “that kind of people”. He couldn’t stand punk rock.

The music thrilled George. However, there was something else that gave George even more satisfaction. He loved the vibrations he received while singing and doing yoga.

“I mean the communication, just the realization of reciprocal human love, it’s such a gas, it’s a good vibe that makes you feel good,” George said. “These vibes that you get through yoga and cosmic chanting and things like that, I mean, it’s such a buzz, it’s got you vibrating all over the place.

“It has nothing to do with pills or anything like that. It’s just in your own head, the realization, it’s such a buzz, it propels you right into the astral plane. The buzz of all buzzes that is the thing that is God—you have to be straight to get it. Be healthy, don’t eat meat, stay away from those nightclubs and MEDITATE.

It was hard to impress George, but that’s because he had high standards for music and life.

Get dizzy at the Mullahoran Country Music Festival!