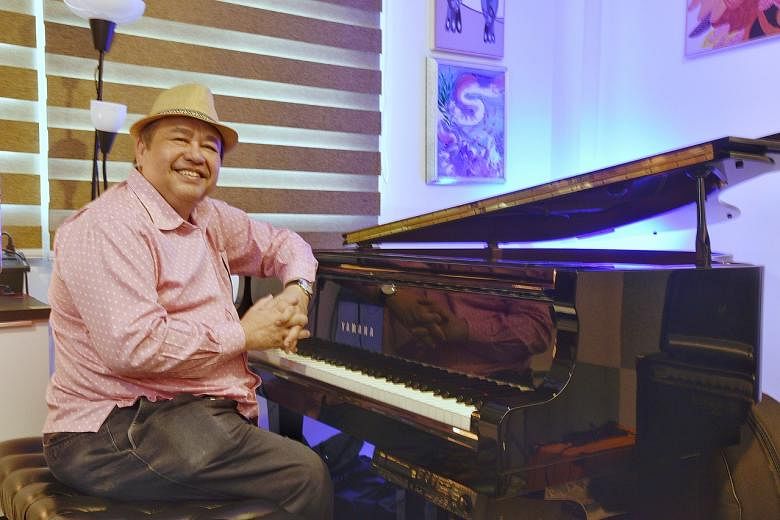 For Monteiro, 61, the Tapestry concert is for him a way of “bringing improvisation back to orchestral music in Singapore”.

The Cultural Medallion recipient says that while improvisation is one of the hallmarks of jazz, it was also an important part of classical music in the past, where piece-themed improvisations were common.

The tradition gradually faded as noted scores became more and more common, and musicians followed rather than improvised on existing variations of a piece.

The January 22 concert will feature six of Monteiro’s compositions, as well as a piece by American jazz legend John Coltrane. The concert will be opened by re: Sound with two movements of the Ravel String Quartet, arranged for string orchestras.

Maurice Ravel was one of the foremost composers of classical music at the turn of the 20th century. But re: Sound president Mervin Beng observes that the French composer was also “fascinated by jazz, which he heard in Parisian bars, and the influence of jazz can be heard in some of his later works”.

Monteiro, also trained in classical music, recalls that a writer from Hong Kong once described his style as “a mixture of Ravel and blues”. He adds: “This is very true because I am very drawn to French Impressionist harmony, for example the works of Ravel and (Claude) Debussy.

One of the original works he will perform is a piece composed from scratch during a Facebook Live show.

“It was a lot of fun – Facebook Live audiences would respond to my prompts, telling me, for example, where to add a piccolo tune or timpani,” he says. “When I finished the composition, it looked a lot like a dedication to Mozart, who is another of my favorite composers.”

The concert is part of his five-year plan to “catalyze the symphonic jazz movement in Singapore”.

Monteiro, who openly declares his aversion to labels that are constantly slapped on music, says, “We call the concert Tapestry because we are trying to weave jazz and classical music into a seamless tapestry. music for me, especially as a classically trained music student who became a professional jazz musician. “

While he left orchestral music to devote himself to jazz in 1991, he has “heard a siren call” to return to orchestral composition over the past seven to eight years.

It is only now, as he celebrates his 45th anniversary as a musician, that he has chosen to answer that call. “I had to wait until I had the musical sensitivity to execute my plans to a level commensurate with my jazz skills.”