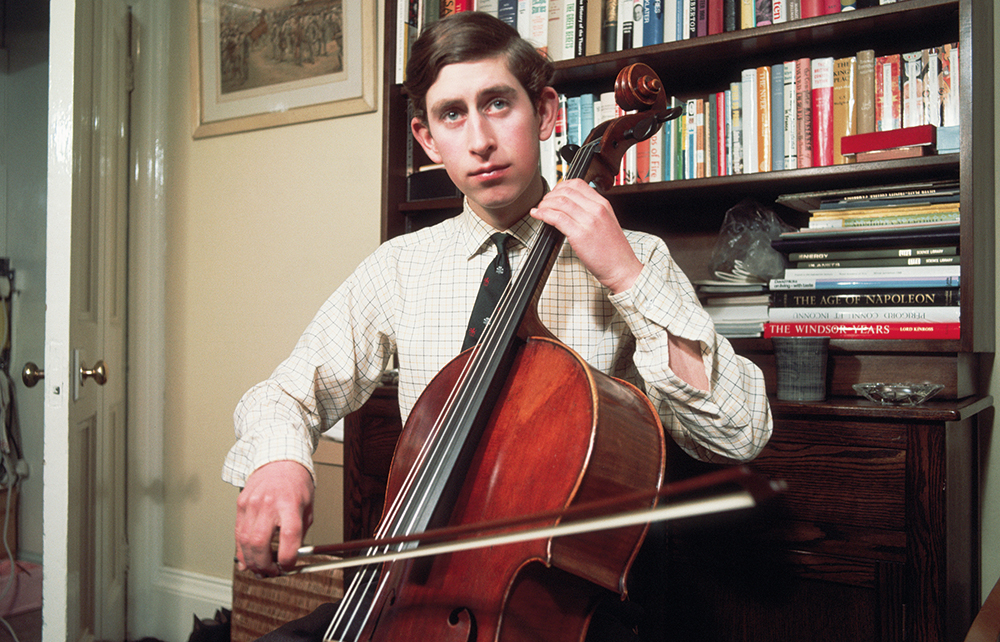 The musical tastes of King Charles III are more sophisticated than those of our late Queen. It’s not rude: it’s just a fact. Her favorite musician seems to have been George Formby, whose bubbly songs she knew by heart. No doubt she relished their double-meanings – but the hint of smut meant that, to her chagrin, she had to decline the presidency of the George Formby Society.

Our new monarch, on the other hand, adores the Piano Concerto in E flat major by Julius Benedict (1804-85). He recommended it in an interview a few years ago. I had never heard of the piece, which only existed in manuscript form until Howard Shelley and the Tasmanian Symphony Orchestra recorded it for Hyperion in 2008. So I have to thank our new king for having me alerted to this magnificent confection – not quite a masterpiece, but full of lovely tunes bound together by scintillating filigree passages that wear the poor pianist’s fingers to the bone.

I also didn’t know of the existence of Scylla and Glaucus, the only opera by Jean-Marie Leclair, a French composer of 18th century violin sonatas. The then Prince of Wales picked a scene of it when he appeared in Michael Berkeley private passions on Radio 3 in 2010, describing it as “incredibly upbeat and exciting” and “one of those pieces of music that give you a boost when you’re feeling a little down”.

Sometimes the guests of these programs bluff about their love of artful music chosen for them by someone else. (I once had to find some “personal favourites” for an iron-eared guest.) But the king’s problem will have been the opposite: narrowing down his most beloved pieces to a shortlist.

He is the first British monarch in over 100 years for whom classical music is a passion, and not just a private one. He is a patron of the Royal College of Music, the Philharmonia Orchestra, the English Chamber Orchestra and many other organizations. None are closer to his heart than the Monteverdi Choir, founded by his friend Sir John Eliot Gardiner, a gentleman-farmer with, conveniently, similar views to Charles. In 2000, Deutsche Grammophon terminated Gardiner’s cycle of Bach cantatas; he ended it by creating his own label, SDG. The richness of its products is a marvel; I suspect we’ll never know how much help he got from Charles.

Like any music lover, the King has obsessions. He is determined to rehabilitate Sir Hubert Parry, best known as the composer of the only holy anthem performed by drunks at bachelor parties and rugby club dinners. Charles even presented a BBC documentary highlighting that Parry, in addition to writing “Jerusalem”, “I was happy, the most beautiful pair of mermaids” and a staple of evening singing, wrote wonderfully for the orchestra. His later symphonies and symphonic variations would be better known were it not for Elgar, a young man born with the skills Parry worked hard to master. But maybe there was envy going both ways. Old Etonian Sir Hubert, whose family seat in Gloucestershire, Highnam Court, has some of the finest gardens in England, was what Elgar desperately wanted to be: a true country gentleman. Parry had surprisingly radical views, however, and beneath the conventional surfaces of his best music lurks an underground fire. Charles is his natural champion.

The king has been listening to symphonies and operas since he was a child, when he also learned piano, trumpet and cello. I wonder if this has contributed to bullying in Gordonstoun: in many schools, boys who like classical music walk around with targets on their backs. And I doubt it endeared him to his family. For the House of Windsor, serious music should stay where it belongs: in church, and they don’t want to hear anything they don’t already like.

But while Charles’s enthusiasms are unusual in his immediate family, things look different from a historical perspective. The Windsors are the anomaly. From the accession of Henry VII until the death of Edward VII, almost all English monarchs were music lovers. Henry VIII was a composer; he did not write ‘Greensleeves’ but 33 court manuscripts are attributed to him, brimming with talent. Ironically, he was responsible for the brutality of a Reformation that devastated musical life – but it came alive again under Elizabeth, who practiced the virginal religiously and commissioned music from William Byrd when he knew he was Catholic.

All Stuart monarchs were musicians. James I and Charles I presided over masks that rivaled those of the most lavish European courts. Under the later Stuarts, the Chapel Royal became a musical battleground. Protestants disliked Charles II’s penchant for instrumental music in church; James II, whose chapel royal was thoroughly Catholic, has been accused of trying to impose popish music on Anglicans. The Calvinist William III intended to ban instrumental accompaniment for hymns, but the temptation to commission Henry Purcell to write for trumpets and drums proved too great. Under Queen Anne, each day of victory or celebration was marked by a flamboyant hymn. And who better to write them than George Frederick Handel, who now lives in England after a falling out with his employer in Hanover?

In 1714, this employer became King George I; the fences were repaired and the first four Georges promoted the cult of Handel. George III organized private concerts of his music for which he wrote the programs with his own hand. It was only after Haydn’s visit to England that a composer enjoyed such fame. One of Haydn’s patrons was the future George IV, who employed his own orchestra and, according to Haydn, had “an extraordinary love of music”.

Victorian musical life seems dull in comparison. But never has there been a more music-obsessed royal couple than Victoria and Albert. They performed Beethoven’s symphonies in duet with piano; they accompanied themselves in songs by their favorite living composer, Mendelssohn, and were delighted to be visited by the “small, dark, Jewish-looking, delicate composer, with a fine intellectual brow”, as the queen described him. The Prince Consort and the composer shared a Lutheran faith and a love of Bach: it is thanks to Albert that the Passion according to Saint Matthew was first performed in Britain. Albert prepared the ground for the opening of the Royal College of Music by his son, the future Edward VII. ‘Bertie’ preferred the theatre, particularly actresses, but he left an indelible mark on British musical history. He liked to hum the trio section of Elgar’s first “March, Pump and Circumstance” and suggested that it be set to lyrics for his coronation. Hence ‘Land of Hope and Glory’.

Curiously, for much of this period the position of master of music to the king or queen was relatively insignificant; the holder of the office when Victoria was crowned, a non-entity called Franz Cramer, could not even produce a coronation anthem – a failure described by The viewer in 1838 as “an attack on national honour”. But for the most part, that didn’t matter, because the true master of royal music was the monarch.

Composer Sir James MacMillan, who wrote a hymn for the Queen’s funeral, says our new King has “an intense and knowledgeable love of music, and its influence has already been felt in some of the liturgies we have seen in recent years”. It’s worth noting, given that even in the most difficult of circumstances, like the Duke of Edinburgh’s funeral during the pandemic, the music has been breathtaking. King Charles has promised not to meddle in politics, but music is another matter. So in that regard, this reign will be interesting. Or, as MacMillan puts it, “very fruitful for music.”