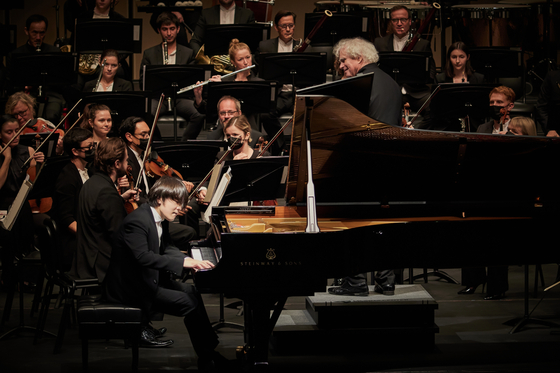 LG Arts Center Seoul opened a new chapter at its new location in Magok, western Seoul, with a concert on Thursday night. Sir Simon Rattle took the podium, the London Symphony Orchestra was on stage and renowned Korean pianist Cho Seong-jin was on the piano to show off the new acoustics of the 1,335-seat LG Signature Hall.

The maestro and the orchestra opened the concert with “Tristan und Isolde – Prelude & Liebestod” by Wilhelm Wagner. Then Cho joined them to perform “Rhapsody on a Theme of Paganini, Op. 43. »

Rachmaninoff’s piece was undoubtedly a great choice to showcase Cho’s dazzling technique and emotions. The piece is considered one of the greatest works of the Russian composer and pianist. It consists of 24 variations based on Nicolo Paganini’s Caprices No. 24 for solo violin. Presenting such diverse variations in one fell swoop without a break can be very challenging for the performer, but it delivers a breathtaking spectacle for the audience.

During Thursday’s performance, Cho bounced off the seat in the passages that required him to hit the keys hard. Her sleek black hair that seemed longer than her usual appearance, flew up and down. He looked so immersed in his performance that he seemed possessed at times – perhaps an emotional state due to the performance of a Paganini piece, which was so extraordinary that people began to believe that the Italian violinist and composer had made a pact with the devil. The slower sections were reminiscent of what a beautifully refined sound Cho can produce. 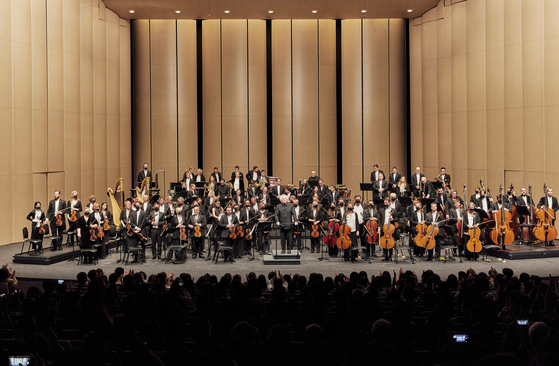 Cho seemed bolder in showcasing rhythmic freedom. It must be the confidence he has with Sir Rattle on the podium. Rattle knew exactly what Cho was doing and led the orchestra accordingly. Maestro and Cho constantly made affectionate eye contact which made many Cho fans jealous.

Since becoming the first Korean to win first prize at the International Chopin Piano Competition in Warsaw in 2015, Cho has built a huge fandom in Korea. He has been dubbed a K-classical music idol star due to his large following.

However, despite Cho’s articulate performance, the piano did not sound deep enough, possibly due to the short reverb time. As the hall is not built exclusively for classical music, the acoustics cannot be compared to halls like the Royal Albert in London or La Scala in Milan. In this sense, the London Symphony under the baton of Sir Rattle and Cho on piano was the perfect decision taken by the LG Arts Center to present the best possible sound inside the LG Signature Hall. The venue was created to serve as a multi-purpose hall that could host not only a classical music concert, but also dance and pop concerts and even magic shows. 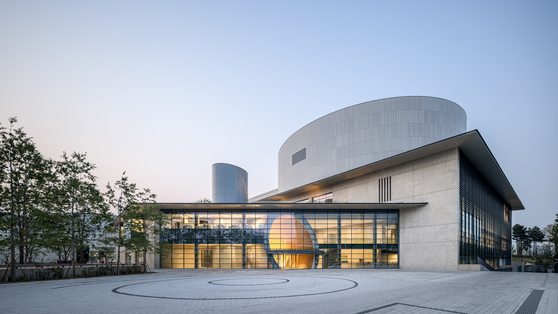 The other two pieces by the London Symphony Orchestra after the intermission — “Symphony No. 7 in C Major, Op. world. But the true qualities of the London Symphony Orchestra could be seen on the encore when it performed the finale of Stravinsky’s ‘The Firebird’. The piece was perfect for showing all the strengths of the orchestra, especially its ability to freely control different dynamics. The audience expressed their emotion with a standing ovation.

The new LG Arts Center Seoul is designed by Japanese architect Tadao Ando. For the acoustics, the venue worked with England-based consultants Theater Projects, who were also involved in the creation of the LA Disney Concert Hall, the Oslo Opera House and the Esplanade Concert Hall in Singapore.

The LG Arts Center Seoul will continue its opening festival until December 18. Ten other performances will be organised, two of which are classical music concerts.

From October 19 to 22, singer Lena Park, also known as Park Jung-hyun, will be performing concerts. From October 28 to 30, the multi-genre alternative pop group Leenalchi will present their new piece. A magic show by Korean magician Lee Eun-gyeol will also be performed inside the hall and a Pansori (traditional Korean narrative song) will be performed by Lee Jaram.