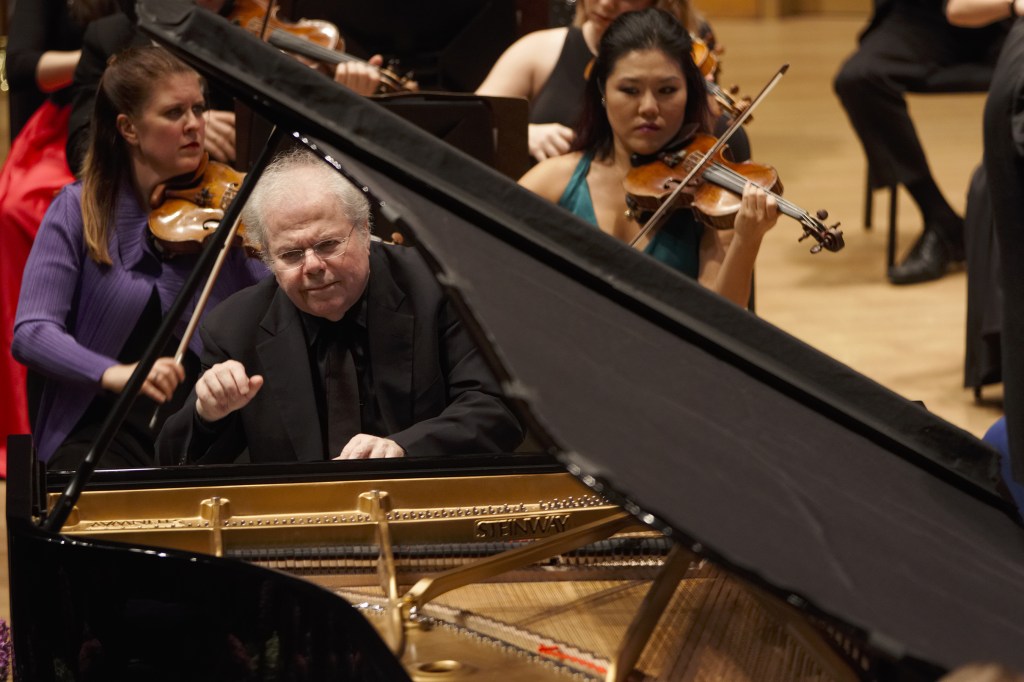 One of the last performances that the late Twin Cities artistic and musical writer Pamela Espeland, who died on September 26, attended was a concert at Orchestra Hall just three days before her death. At this concert, Espeland, who was known for her Artscape column on MinnPost, her freelance writing in the Star Tribune and other places, and her presence in local concert halls, jazz clubs, theaters and museums , remarked to this reviewer how much she loved hearing the Minnesota Orchestra perform Ludwig van Beethoven. She said, almost as an admission, that she looked forward to this no matter how many times she saw them perform this great composer.

Perhaps the spirit of Espeland benefited from the last Minnesota Orchestra concert, when guest conductor David Afkham led the musicians in a wonderful performance of Beethoven’s Concerto No. 4 in G major for piano and orchestra. , Opus 58, with the great Emanuel Ax at the piano. The concert took place just three days after the celebration of the life of the woman in the city of Espeland. The musical memorial for her was held at Orchestra Hall last week and featured a performance by musicians from the Minnesota Orchestra as well as a number of local avant-garde and jazz artists, such as Douglas R. Ewart , Mankwe Ndosi, Davu Seru, JT Bates, Steve Kenny, and more.

Friday’s Orchestra concert featured both Beethoven’s concerto and a new work by Unsuk Chin entitled “subito con forza” which was inspired by Beethoven. Chin, who was born in Seoul and is based in Berlin, wrote the article (which translates to “suddenly with force”) using conversation books that Beethoven used when he was losing his hearing, as the source material. . The piece also included subtle nods to Beethoven’s music himself.

True to its title, “subito con forza” opened with a crash, followed by cellos on tiptoe and whispering of upper strings. As the music progressed, the instruments made dramatic appearances. All of a sudden the timpani would join together, or a gong. It was a song of thrills and departures, then ended with a soft fade.

There was certainly a Beethoven-esque quality to Chin’s piece, especially in the dynamic extremes. Chin also played the line between discord and chord in a way that nodded to Beethoven’s effortless shifts between tension and looseness.

Pianist Emanuel Ax was a marvel in his interpretations of Beethoven’s concerto. Leaning over the piano, his fingers flew over the keyboard with dexterity and ease. The orchestra continued, as if in dialogue with the pianist, traveling to places both bright and dark. One could imagine Beethoven fitting into the room, being the original soloist in 1807.

The third movement, Rondo: Vivace, contained moments of heart-wrenching worry, as well as sheer beauty, as Ax floated to the music of the orchestra. Afterwards, Ax honored the public with a nice reminder.

After the intermission, Afkham conducted a catchy interpretation of Dmitry Shostakovich’s Symphony No. 10 in E minor, Opus 93. The German conductor, who is the principal conductor and artistic director of the Orquestra y Coro Nacional de España as well as A frequent guest composer at international symphonies, showed intensity in guiding the orchestra. Sometimes he would wave one hand while squeezing the other, and then at others he would use floating fingers and large sweeping gestures. To start the piece, Afkham did a winding long enough to listen to cellos and bass instruments.

The wandering and somewhat melancholy first movement, Moderato, was followed by a burst of sound in the very short Allegro movement. Then the third movement almost seemed to evoke characters with its whimsical melodies. Is it a little wood duck that comes on stage with this music? As the musical motifs moved from one section to the next, they allowed the various musicians, including solo violin Erin Keefe, to shine.

PPO presents classical music through a series of online recitals

Fivebyfive unleashes classical music with new album “Of and Between”

Classical music at the Gateway in Seaton