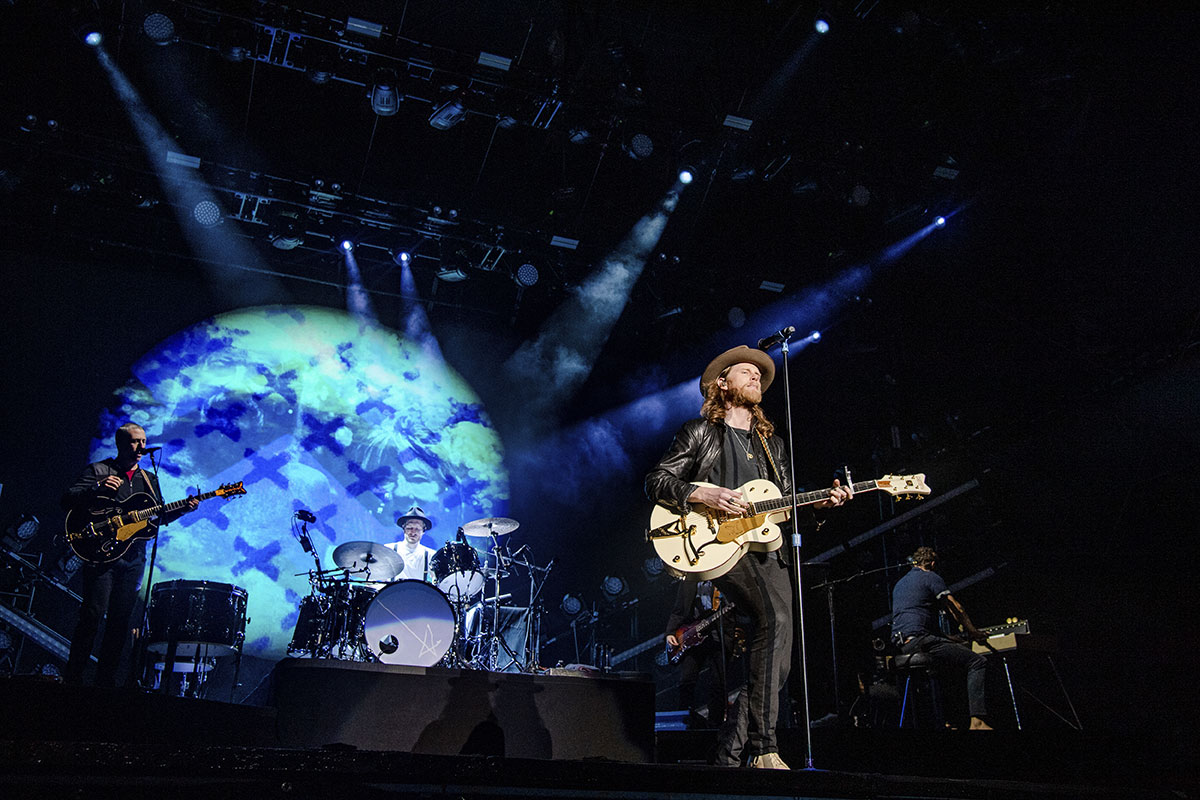 Back when Owen Thomas sang and played guitar in the Elms, an Indiana rock band that released a major-label album in 2006, first-week sales largely determined success. or failure of a recording.

Thomas describes a sink or swim scenario where companies mostly spend promotional money when launching a project. “If after the first week it didn’t look like this thing had legs, you had a little problem,” he said.

Today, Thomas is the creative director of Indianapolis-based artist development agency Absorb, and he’s patient with the music that enters a landscape crowded with TikTok content, YouTube creators, and thousands of songs uploaded daily to Spotify.

Thanks to online analytics, musicians and their management teams are not ignorant of what listeners are taking in or leaving. Mandolin, the Indianapolis startup that found success as a live concert streaming platform during the pandemic, is building the next phase of its business by helping artists own and understand data collected from fans.

This summer, Mandolin launched two online products marketed to musicians: Fan Navigator, which consolidates data into a dashboard and offers suggestions for getting the most out of the information, and Fan Pages, a public “link in bio” which collects data from social media followers.

However, not everyone waited for specialized tools to start using data.

Absorb, which is not affiliated with Mandolin, monitors online activity and waits for a song to “raise its hand,” as Thomas puts it, when it’s time for a major promotion.

“Pressure,” a song by Indianapolis-based musician Bayem, was released in August 2020. Around that time, Absorb spent a modest amount on publicity and pitched the song to playlist curators and other tastemakers.

Nearly two years later, the Hulu series “The Kardashians” licensed “Pressure” and included the song in the show’s season finale.

Seeing interest online for the spike in “Pressure”, Thomas and Absorb then “poured gas on the fire” to promote the song which now has over 370,000 plays on Spotify.

“We’re going to hyper-target our ads on Instagram, Facebook, TikTok and whatever in places where a song starts popping up,” Thomas said. “You can get surgical with social media marketing, figuring out who the fanbase is and what cities they’re in.”

Mandolin, named “Most Innovative Music Company” in 2022 by Fast Company magazine, paid attention to its customers who purchased virtual performances from artists such as Lil’ Wayne, Grace Potter and Fitz and the Tantrums.

“During the first 18 months of the company, we focused on the live streaming product,” said Mary Kay Huse, co-founder and CEO of Mandolin. “We created a set of tools where people could come in and see not only who [was] buying tickets but how they were engaging on the livestream and who was upgrading for VIP and merch.

With Fan Navigator and Fan Pages, the company reinforces its position as a “digital platform for fan engagement”.

Huse, who was shortlisted for Billboard magazine’s “Agents of Change” and “Top Women in Music Executives” lists, said fan data is crucial to building careers.

“We knew live streaming was going to be a short-term opportunity, with the pandemic being this forced adoption and usage feature,” Huse said. “Artists needed replacement income for touring. We always had in mind what we saw as a broader direct-to-consumer transformation for the industry. »

Fan profiles include information ranging from email addresses to past ticket purchases. People are categorized as potential fans, fans, or superfans.

Huse said the goal was to cultivate “a sought-after and valuable engagement between artist and fan.”

“All we do is increase fandom or increase revenue or ideally both,” Huse said.

On September 3, Mandolin aired a concert by one of its biggest clients, multi-platinum band The Lumineers, from Chicago’s Wrigley Field. The Lumineers use a mandolin fan page as a “link in bio” on Instagram, where the band has 1 million followers.

Other artists using Fan Pages, a free service provided by Mandolin, include Ben Folds, who has 91,000 Instagram followers.

Huse said social media platforms are useful for fan acquisition, but not for managing individual engagement between artists and fans.

“We developed fan pages to convert this unknown universe into a known universe,” said Huse, who grew up in Lebanon and graduated from DePauw University in 2002.

The $12 million was used for research and development as well as go-to-market efforts for the fan browser, fan pages, and live streaming. The company is not currently seeking Series B funding, Huse said.

Even with concert tours returning in full force, Mandolin plays 50 to 75 concerts per month.

Looking ahead, Huse said the music industry needs to welcome artists who emerge on SoundCloud, YouTube and TikTok with no gig history.

“I’m not saying touring is going to go away by any means, but I do think there’s going to be a growing demand for more digital engagement,” she said.

“We looked at the time of day based on the time zones where people were looking,” she said. “We realized, ‘Wow, most of our donations come from the United States’, even though a quarter of our income usually comes from Europe because we are doing very well there. But when it comes to donations, that wasn’t necessarily the case.

Reverend Josh Peyton, who is married to Breezy, said it’s not easy to know what will work, what won’t and why.

“Chicago is our biggest Spotify city,” he said. “But that may not translate to ticket sales. I know Chicago is way bigger on Spotify than Cincinnati. But we sell more tickets in Cincinnati. There’s chemistry there. It’s art, it’s music. If I knew why, I would probably be a multi-millionaire.

Peyton said he believes viewing habits play a role in what could be misleading in online fan data.

“You tap into a certain listening audience in a certain way, but it might not be the audience buying tickets to shows,” he said. “Or maybe people who buy tickets to shows don’t spend as much time on Spotify because they’re shooting vinyl.”

Peyton and Mandolin CEO Huse mentioned the Patreon membership platform as a way for musicians to connect directly with listeners.

He said the group, which plans to return to Europe for a series of dates next spring, enjoys interacting with fans who enjoy behind-the-scenes content.

“We can say, ‘Hey, let’s see what we can throw at our fanbase that we know are part of the team,'” he said. In fact, it won’t be the end of the world. If they’re not 100% into this thing, they know pretty soon there’s more on the way.

Huse said it’s common for artists to leave money on the table by not maximizing their earning potential through “superfans.” Studying the data can reverse the trend.

“We learned with the live stream that this is really a superfan offer,” Huse said. “The wonderful thing about artists is the brand they have with their followers. They have almost unlimited demand for their content. Superfans want more content, more merchandising and more music.

“We were able to say, ‘Hey, these people showed a propensity to buy a livestream, but they didn’t buy a livestream from you. So let’s target them,” Huse said. customers who log into the account with the artist’s team to ensure they understand the data we have for that artist and their future goals and plans.”

Thomas said he doesn’t dwell on analysis when talking with his Absorb artists.

Huse said it was clear that live audiences were reacting to mandolin events at iconic concert venues such as Nashville’s Ryman Auditorium and Colorado’s Red Rocks Amphitheater.