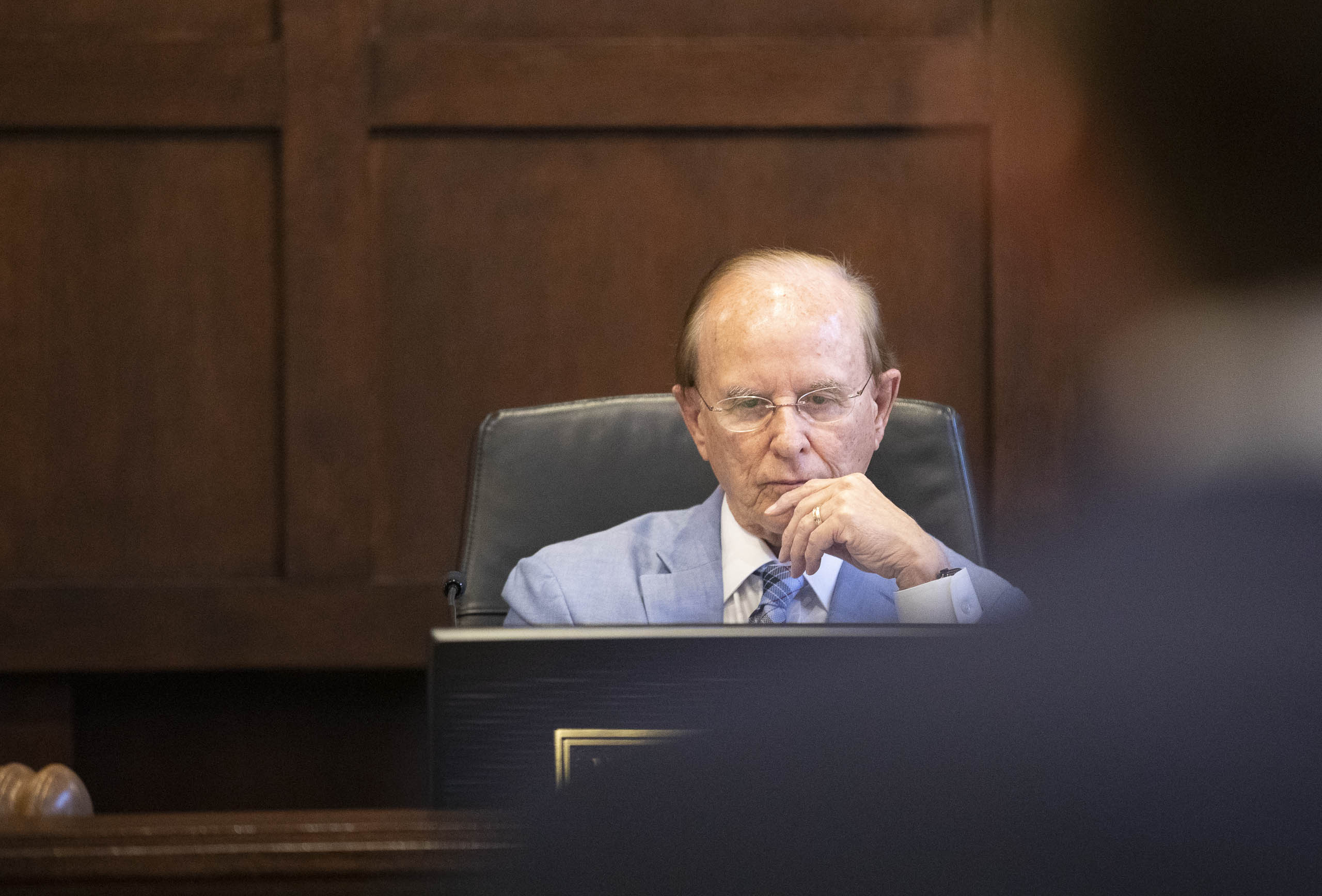 Before the court voted 4-1 in favor of the proposal, with Commissioner Tommy Calvert (Pct. 4) voting against, a contentious discussion pitting CMI against the brand new San Antonio Philharmonic, the city’s newest membership orchestra of the Musicians of the San Antonio Symphony Orchestra.

Paul Montalvo, founder and artistic director of CMI, said he launched the funding proposal at the end of June, to fill the void left by the disbanding of the symphony on June 16, to ensure that the other resident companies of the Tobin Center Opera San Antonio and Ballet San Antonio would have live music for the shows.

“We never looked to take anyone’s place, we saw the gap was there,” Montalvo said. “It’s not about replacing anyone.”

Montalvo added, “Anyone could have made that proposal,” and Bexar County Judge Nelson Wolff said later in the discussion that no such proposal had been made by the ‘Philharmonic Orchestra.

The Philharmonic applied for but was not granted resident society status with the Tobin Center.

As news spread Monday among the local music community, dismay grew that the Bexar County government would fund a non-union band on the Philharmonie, with its members long affiliated with Local 23 of the American Federation of Musicians.

Montalvo was the first of a series of speakers in the Court of Commissioners and adopted a defensive mode. After a brief introduction to the history and mission of CMI and his own experience as a firefighter and member of the San Antonio Fire Department union for 26 years, Montalvo said, “I’m going to assume you have heard and will hear that CMI is anti-union, that we are an orchestra of strikebreakers. It’s wrong. We are not anti-union. We are pro-employees. We are pro-musicians.

Local labor luminaries lined up to speak out against the proposed funding and to support the musicians of the San Antonio Philharmonic Orchestra.

Tom Cummins, president of the local chapter of the American Federation of Labor and Congress of Industrial Organizations (AFL-CIO), said the action “is anti-union, simple as that. This money should go to the San Antonio Philharmonic Orchestra.

“In this particular case, I don’t know if the dignity of workers will be vindicated” if the county is funding a non-union company rather than the Philharmonic Orchestra, Thompson said.

AFM Local 23 President Richard Oppenheim adopted fierce rhetoric, calling CMI a “third grade” company that hires “weekend warriors” and “imported mercenaries” as musicians, and to have a “virtually negligible” impact on the communities for which it is responsible. serve.

Former District 1 Councilman and San Antonio Symphony Task Force member Roberto Treviño took the podium as the representative of bassoonist and San Antonio Philharmonic Orchestra Chairman Brian Petkovich, who was on the jury.

“It’s such an important vote,” Treviño said. “We ask that this vote does not divide arts organizations, but unites them.”

CMI chief executive Donald Mason said the proposal was aimed at unifying arts businesses. “We have put forward a proposal that unifies Tobin’s resident businesses…as a way to show a unified front for the arts and as a new model for moving forward into the future.”

“A Different Kind of Music”

Eight other speakers expressed their positions for and against the proposal before Wolff offered more context.

“I’m so sorry it’s come down to this, where one arts organization attacks the other,” Wolff said.

He pointed out that the court had not received requests for funding from the Philharmonie, but expressed his support for the organization and indicated that there is potential for future support if such a request were made.

Wolff cited the ethnic makeup of CMI’s staff and musicians as a reason for supporting the band.

“One of the main things that attracted me to following Montalvo is the fact that all the leaders of this organization are Hispanic. And the fact that over 40% of the musicians who play there will be Hispanic, and they bring a type of different music, which focuses on the music of the Americas,” he said.

Wolff wondered if the proposed funding would be divisive. “I think there is room for all of us here. …I don’t think it’s against each other, I think there’s room for everything.

Raising an objection to the proposed funding, Calvert said nearly doubling the annual budget of a small nonprofit, which Montalvo estimated at $380,000 to $400,000, was “not normal” and that he would rather support a major injection of funding from the American Rescue Plan Act. support the Philharmonie.

Montalvo said the proposal is part of CMI’s four-year growth plan, which includes a matching fund proposal from the city of San Antonio to double county funding over a two-year period.

Such funding would help attract 40 regular CMI musicians to San Antonio as faculty performers to help fulfill CMI’s educational mission, Montalvo said. CMI currently draws its teachers and performers from across the region, though Montalvo said the group will welcome musicians from the San Antonio Philharmonic Orchestra. Oppenheimer said the national AFM has placed CMI on its international unfair list, which prohibits unionized musicians from performing with the band.

After the vote, San Antonio Philharmonic Orchestra board violinist and treasurer Karen Stiles acknowledged that CMI’s pay scale for individual musicians was higher than the current union scale, but said that the problem was deeper than just “per service” pay figures.

For the $90,000 figure that CMI offered to pay for an upcoming performance of the San Antonio Opera, Stiles said, “They could have hired the entire San Antonio Philharmonic Orchestra. And we are local musicians. They wouldn’t have had to pay for travel, hotel, meals, and all those other expenses that come with bringing people in from out of town.

Stepping out of jury duty after the vote, Petkovich said he would remain focused on the future.

“We’re excited about what we have going on…with our performance and our outreach,” he said. “We focus on what we do, not what other people do.”