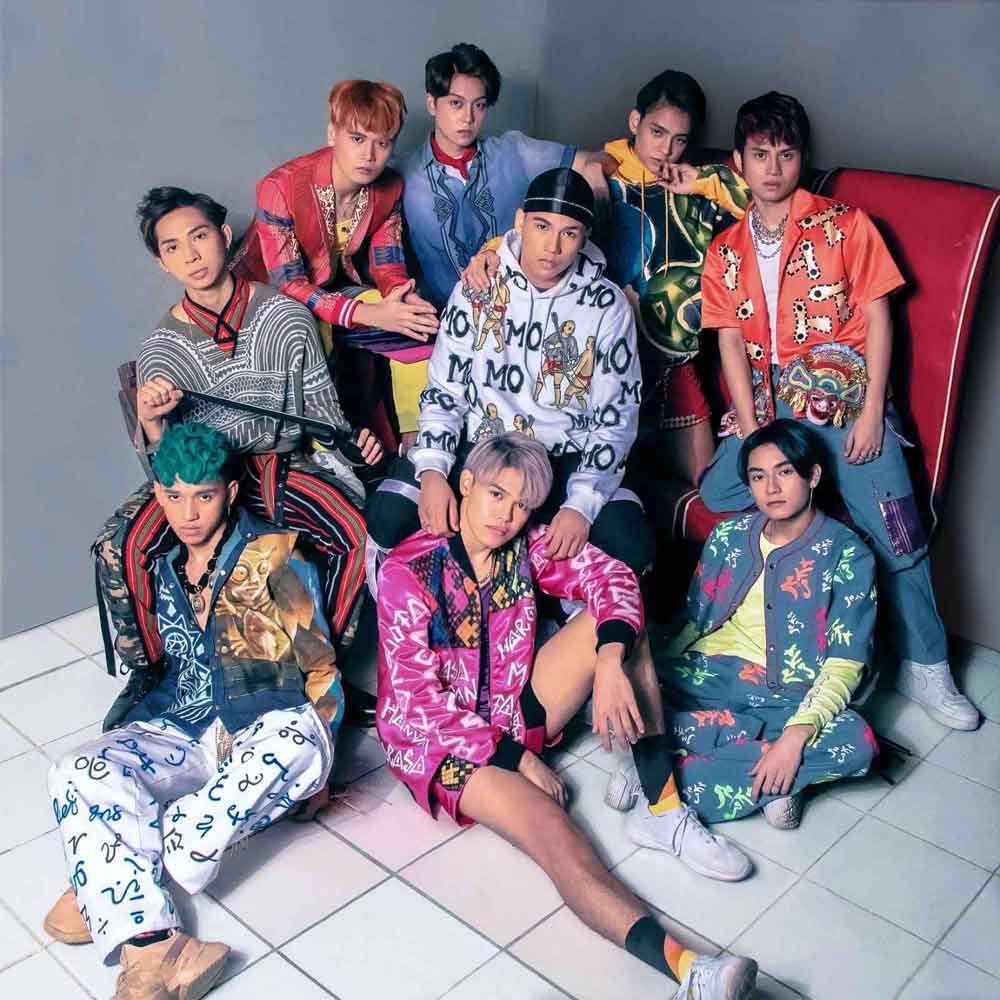 There’s a new Pinoy-Pop (P-Pop) group in town and they are nothing like K-Pop imitators. Called Alamat – made up of Taneo, Mo, Jao, Kin, Tomas, R-Ji, Valfer, Gami and Alas – the nine-member group is fueled by pure Filipino pride as revealed by their debut single “kbye” and the music video. that accompanies it.

Managed by Viva and under the creative direction of filmmaker Jason Paul Laxamana’s Patriot Ninuno Media, Alamat offers a unique Filipino experience with his music with a thoughtful use of local languages ​​in their lyrics and inspiration from the nation’s heritage in their aesthetic. .

The multilingual boy group Alamat aims to standardize the use of regional languages ​​in mainstream music.

The name chosen by the band itself is very significant in Filipino culture. The English translation of Alamat is a legend, which in turn has two meanings. First, legends are defined as centuries-old stories passed down from generation to generation; while it can also be interpreted as a goal, that is to say that to be a legend is to become a master or an idol.

By taking both, Alamat formed his vision to convey what makes Filipinos through music while working to become masters in their field.

“Globally, we want to showcase the diversity and uniqueness of the Philippines to the world. Through our music, through our fashion, through everything we do, we want to promote Filipino culture. We want Filipinos all over the world, from wealthy backgrounds to the masses, to truly love their identities, ”Taneo said at their group’s virtual press launch.

A unique prerequisite in the application process, besides the potential in song and dance, is proficiency in the individual’s native language.

Jason Paul Laxamana, Creative Director of Ninuno Media, noted that Alamat was formed with the concept of “counter-Kpop”. It uses Kpop’s formula – intensive training, audiovisual music, commercial appeal, among others – but instead promotes Filipino culture and sensibilities. Therefore, a crucial element of this concept is its commitment to multilingualism.

“The idea is that, if we are to truly embody the Philippines, Alamat must reflect the cultural and linguistic diversity of the country,” added Laxamana.

Ultimately, it aims to standardize the use of regional languages ​​in mainstream music.

In addition, like all modern boy bands, the members of Alamat underwent intensive training in song, dance, fitness and personality development for nine months, with their vocal coach Zebedee Zuniga and dance coach Jim Amen. According to the group of boys, training should continue for years, even after their debut.

“We are very aware of what we are doing and we are convinced that we can showcase the Filipino culture. Hindi natin maiiwasan yung compare with other groups, but we promise to show what we have through our actions, ”Jao finally pointed out.

As the boundaries of P-Pop continue to expand, Alamat sets itself apart by using the sights and sounds of the Philippines, both modern and ancient.