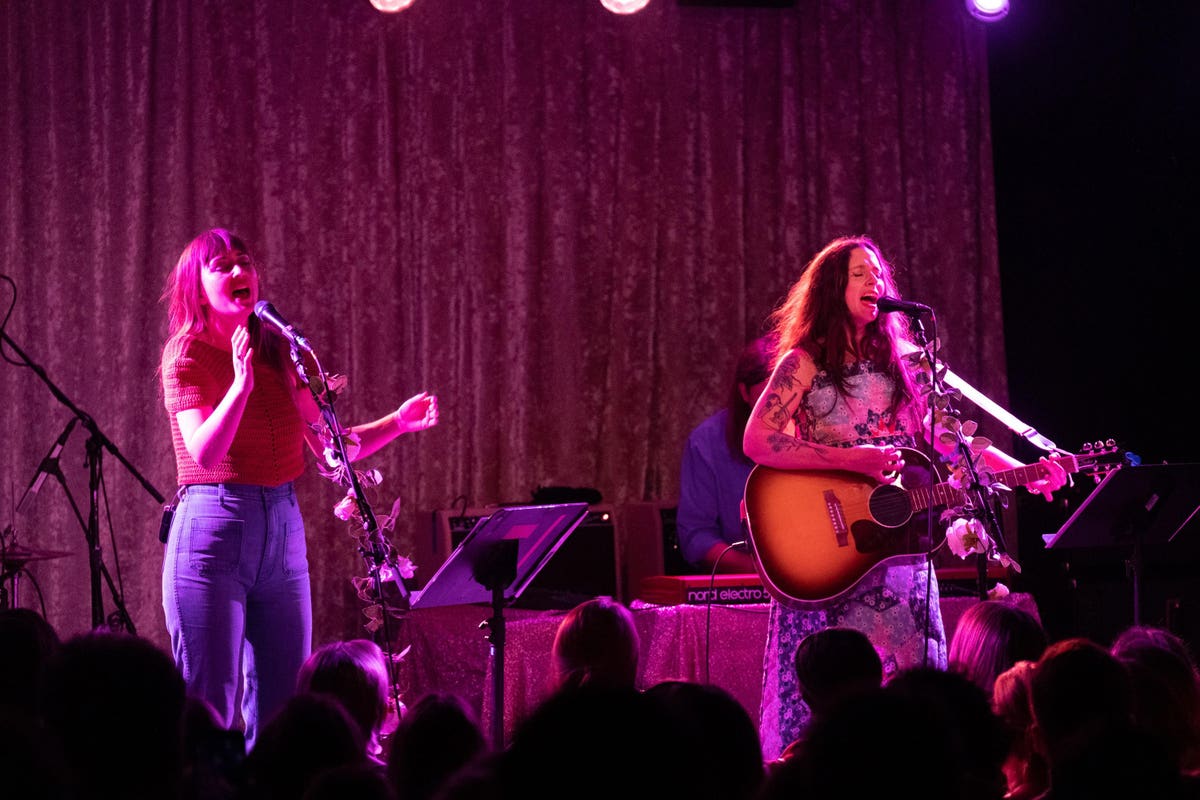 New York City isn’t generally known as a country music hub – last year the Big Apple lost its only land-based country radio station. But for a brief moment, the town became a temporary, hospitable Southern home for Plains, the singer-songwriter duo Jess Williamson and Katie Crutchfield of Waxahatchee. On Friday, the huge crowd inside Webster Hall turned out in force for Plains’ sublime brand of country music which paid homage to the genre’s glorious past while paving the way for its future.

Williamson and Crutchfield are acclaimed artists in their own right who have recorded critically acclaimed records over the past two years, including Williamson’s Sorceress and Waxahatchee’s Saint Cloud, both released in 2020. After being admirers of the works of the On the other, Williamson and Crutchfield joined forces. like Plains and have proven through their singing and songwriting that two heads are better than one.

Last month, the relatively new band released their first collaborative album, The Brilliant I walk with you a pathwhose music eschews the slick sound that comes out of Nashville today for something more traditional (think legends like Lucinda Williams, Willie Nelson and the Judds) and whose introspective and personal lyrics reflect the musicians’ Southern roots.

Accompanied by their band of aces for the Webster Hall show, Plains performed the majority of the tracks on I walk with you a path with Crutchfield and Williams taking turns on vocals and acoustic guitars. Among the many standout songs on the setlist are “Problem With It”, the title track, “Abilene”, and “Hurricane”. The duo also added songs from their own individual solo albums: Crutchfield turned “Can’t Do Much” and “Lilacs” by Waxahatchee’s Saint Cloud, and Williamson played his “Wind on Tin” from Sorceress as well as a new song called “Hunter.”

A few of Plains’ set numbers were covers, including Terry Allen’s “Amarillo Highway” (featuring guest MJ Lenderman, who opened the show) and Waylon Jennings and Willie Nelson’s iconic song ” Mamas Don’t Let Your Babies”. Grow Up to Be Cowboys,” which drew praise from the audience. The evening ended on an exuberant note when the duo performed the popular and beloved Chicks song “Goodbye Earl”.

Not only apparent on their new album, but the chemistry between Crutchfield and Williamson as Plains was quite evident during their gig at Webster Hall, especially when they harmonize with each other – it’s a great mix that reminiscent of legendary vocal groups such as Simon and Garfunkel and Crosby, Stills, Nash and Young. It’s been reported that this collaboration will only be a one-time project, but hopefully Williamson and Crutchfield might reconsider that somewhere down the line because they work so well together.

I can’t do much (Waxahatchee song)

The Last 2 on Earth

No Record of Wrongs

I walked a path with you