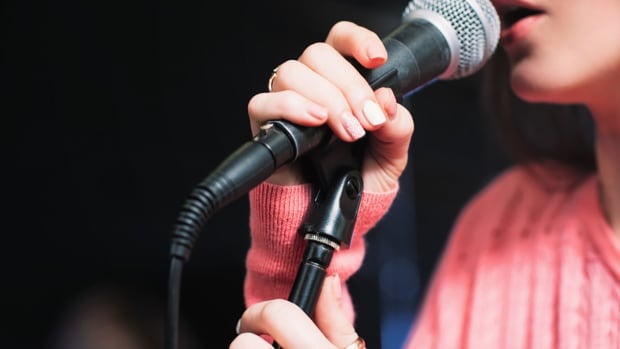 Popular country music competition returns to Summerside with $4,500 up for grabs

Some “top-notch” amateur talent, some no doubt nervous, will be on display this week when a popular tradition returns to the Summerside Lobster Festival.

After 20 years of absence, the amateur country music competition is making a comeback with $4,500 in scholarships to be won.

Twenty-four singers will take the stage at Credit Union Place on Tuesday night. It will be reduced to 10 on Wednesday.

Summerside County Barb Ramsay, a former pageant winner, said there was a lot of excitement leading up to the show.

“It’s a bit of nostalgia. It’s a bit of, you know, Island tradition, country music. It’s time to bring back some traditions, because I think if we don’t, we’re going to lose the traditions. And I think they’re so important. So I think that means a lot to people.”

The PEI country music singer. Cory Gallant is one of three contest judges. With Meaghan Blanchard and Scott Parsons. He said the East Coast’s ability to produce quality musicians will not make their job easier.

“I think the level of talent is going to be top notch,” he said.

“I think that’s what Prince Edward Island is known for, just to sit and breathe and try to relax a bit more and that comes with the music on the weekends and the meetings family events and kitchen parties and benefit shows and I think it all helps to garnish the talent here in PEI and on the East Coast in general.”

Gallant, who was Music PEI’s Artist of the Year in 2020, said it was understandable that some contestants were nervous to stand up in front of crowds and judges for the first time. Even seasoned musicians like Gallant can sometimes forget the lyrics.

“I’ve been playing for so many years, you know, all over North America, really, there are still nights where I go and sing something and I go blank.”

Having fun is the most important… just enjoy the moment and the rest will come.— Cory Gallant

That’s not to say it’s going to happen, Gallant said, but if it does, it’s best to just roll with it, relax and “make it a night to remember.”

“Having fun is the most important…just enjoy the moment and the rest will come.”

Each performer will sing a song Tuesday night backed by the Chad Matthews Band. The finalists will sing again on Wednesday evening.

The $3,000 first prize is sponsored by Warren Ellis of Summerside Chrysler Dodge, the $1,000 second prize by Kool Breeze Farms and the $500 third prize by Anderson Automotive.

Ramsay said they hoped to recreate the magic of decades ago, when carnival lasted six days and the singing competition was the highlight.

“It was a wonderful experience for me,” she said. “There would be a few thousand people in the arena. So, you know, we knew it was big. We knew people liked it.”

Competition begins at 7 p.m. both nights. Tickets are available online and at the Credit Union Place box office.

Marrakech dances to the rhythm of popular music | Saad Guerraoui