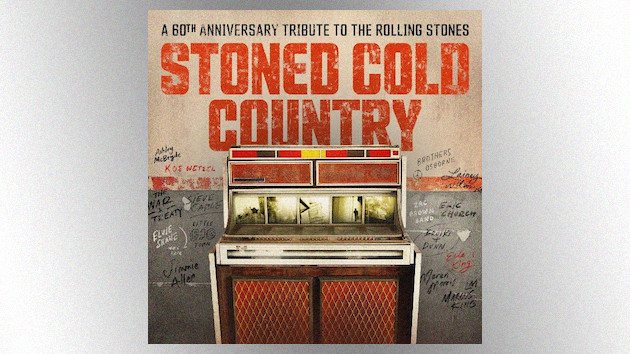 It’s only country music, but they like it… and rock’n’roll too.

A tribute to The rolling stones will be part of this year’s Country Music Association Awards, which airs on ABC on Nov. 9. During the three-hour show, the award-winning country duo Osborne Brothers will team up with husband and wife duo Americana The war and the treaty to sing “It’s only rock & roll (but I like it)”.

The performance is in recognition of a new album called Stoned Cold Country, which features some of the country’s biggest artists performing classic Stones songs, including “Wild Horses”, “You Can’t Always Get What You Want” and ” DeadFlowers”.

Other Rock & Roll Hall of Fame members to be honored at the CMA Awards include the late Jerry Lee Lewis: King will perform “Great Balls of Fire” with The black keys in his memory.

And finally, Linda Ronstadt will be honored as stars of the country Ashley McBryde, Caylee Hammock and brandy clarkjoined by Joan Osbornego on stage to sing the version of The Everly Brothers“When Will I Be Loved” made famous by Ronstadt in 1975.

The CMA Awards will air live from Bridgestone Arena in Nashville on Nov. 9 at 8 p.m. ET on ABC.