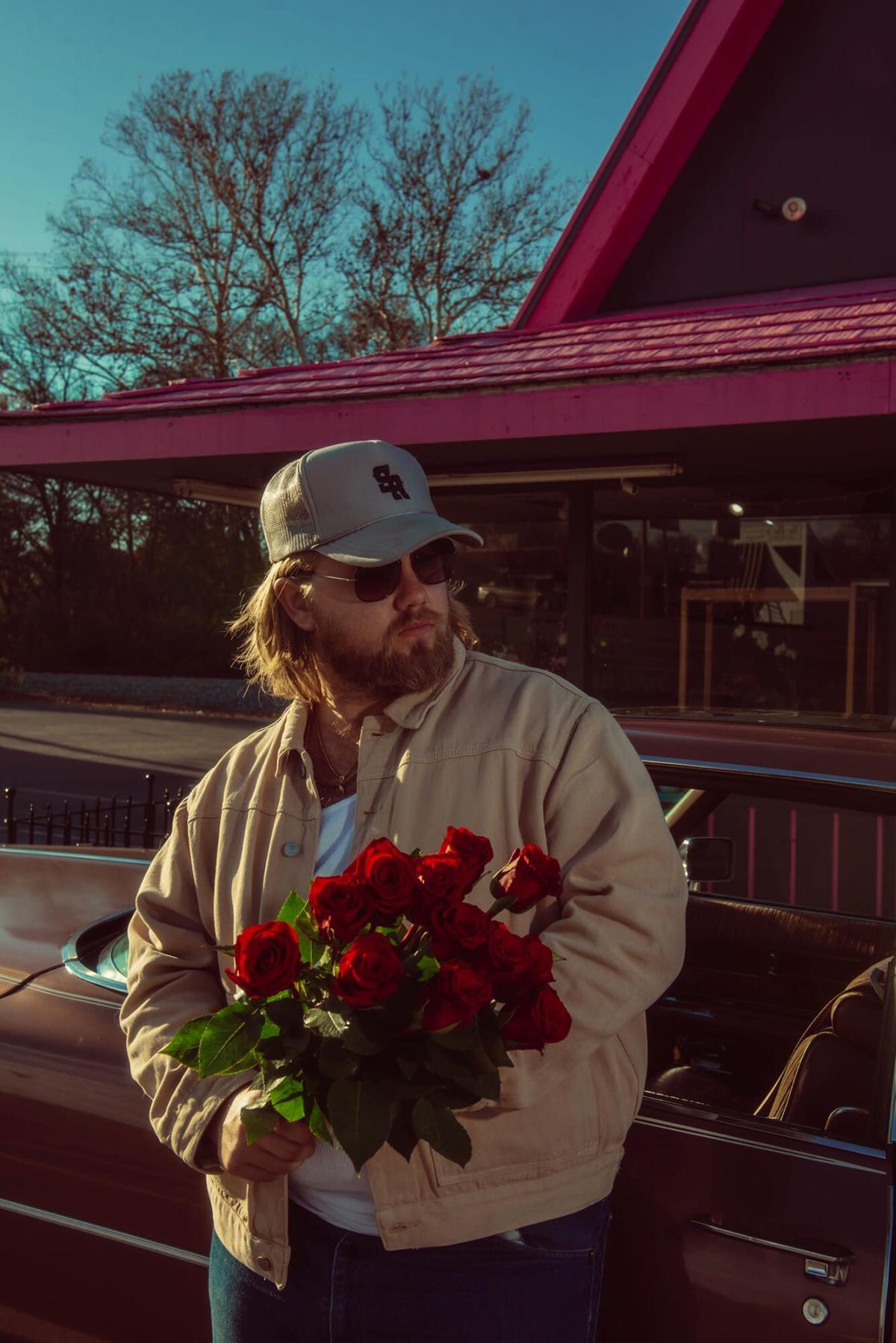 “I try to be better, but damn it always happens,” ERNEST, 30, told PEOPLE in a recent interview. “I write songs when I’ve hurt myself in an easily avoidable situation, because that’s a vulnerable place to write.”

It was in this vulnerable spot that ERNEST, whose full name is Ernest Keith Smith, found himself on his way to a writing session. Ben Burgess and Mark Holman and a little George Jones came on the radio.

“I got this George Jones playlist, and the song ‘A Good Year for the Roses’ came out, and I immediately started thinking about writing a song that took up the same idea,” recalls ERNEST, who landed No. 1s as a songwriter on songs such as Morgan Wallen’s “More Than My Hometown” and Florida Georgia Line’s “I Love My Country.”

In less than an hour, the songwriting trio would end up penning ERNEST’s debut single “Flower Shops (featuring Morgan Wallen), which quickly charted at #1 on Apple Music Country, Spotify Country and iTunes. overall upon its release, and is now making its way to the top of the Billboard charts.

“I quickly realized that I could exploit this guy in song pretty easily,” the Nashville native explains. “He’s just a sad, sad dude with no more excuses and no idea what else he can do to make things better other than stop by the flower shop.”

Of course, make no mistake about it, ERNEST is not a “sad, sad guy”. In fact, the tough-looking blacksmith-turned-artist finds himself not only thriving in his professional life, but also in his personal life as he enjoys five years of marriage to his wife Delaney.

“A week after meeting her, I knew I was going to marry her one day,” recalls ERNEST, who recently wrote her the sweetest Mother’s Day message on Instagram. “She believed in my dream from the start.”

In fact, ERNEST was just a kid when this dream came true one Christmas when he received a banjo, a copy of the space jam soundtrack – and an enduring love for all things music.

“I remember writing poems in my little notepad in college and going to put them to a guitar as soon as I got home,” recalls ERNEST, whose musical influences range from John Mayer to Drake. “Once I got into college playing baseball, I spent my time in my dorm writing songs. I didn’t really want to go practice and do everything. I wanted to make music for true. So, I started doing it.”

Soon, ERNEST dropped out of college and settled in with Robb Royer, a renowned songwriter and founding member of the soft rock band Bread. After a six-week trip to the U.S. Virgin Islands with the family, ERNEST fell in love with Royer’s daughter, Delaney.

And these days, it’s now his wife Delaney who serves as the muse to many of ERNEST’s masterpieces, including the sweet-sounding song “Classic” from his first full-length album. Flower shops-the album.

“I’ll be the first to say that love songs are just as honest as the sad songs I write,” says ERNEST, who made his Grand Ole Opry debut last January.

It was also Delaney that ERNEST had in mind when writing the song “Tennessee Queen”, whose references to Elvis have a personal touch.

“I think Elvis is one of the coolest people ever,” ERNEST laughs. “And if you’ve ever seen Graceland, you can see that same retro vibe in our house. Our house was built in 1963, so we have very similar things. We just haven’t completely remodeled. We’re just doing it. work, but yeah, it looks like Graceland.”

And he’s been to Graceland six times in case you were wondering.

Another thing he can’t get enough of is his son Ryman Saint, who recently celebrated his first birthday.

It was the children who often came into the conversation as ERNEST toured earlier this year with Chris Lane on his Fill them with boots To visit. Lane is also the father of a son – Dutton, 11 months, with his wife Lauren Bushnell Lane – and worked with ERNEST to write his No. 1 hit “Big, Big Plans”.

“I’m glad we can be dads together,” said ERNEST, who is expected to hit the road alongside artists such as Wallen and Eric Church this summer. “Especially in the beginning, we were talking about what we were going through and what to prepare for and stuff like that. The hard part is leaving. You can see videos and stuff, and you can spend three or four days at home with them, but then you have to say goodbye.”

But ERNEST focuses on the positives: “There’s nothing sweeter than a good baby hug!”