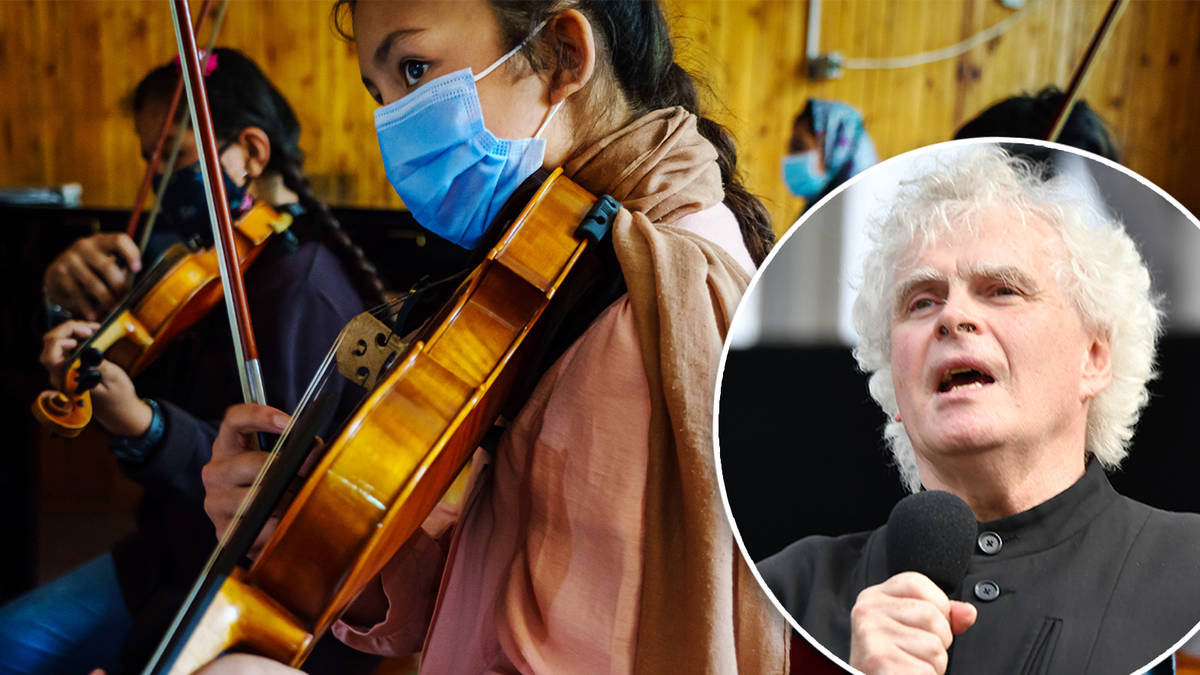 Playing music in public has been banned in Afghanistan since the country came under Taliban rule in August.

Leading British classical musicians are urging the British government to offer visas to silenced Afghan musicians, who have been banned from making music in public since the Taliban took control of the country in August.

Under the Taliban, Afghan musicians were killed and beaten, music schools closed, and radio stations banned from playing music. In a recent interview, Taliban spokesman Zabihullah Mujahid told the New York Times that the music is “un-Islamic”.

Conductor Sir Simon Rattle, pianist Mitsuko Uchida and former cellist and host Julian Lloyd Webber are joined by more than 200 other classical musicians and industry leaders to sign a letter to The temperature, who call the government to offer “urgent humanitarian visas” to Afghan musicians.

“As a global champion of free speech, the UK has provided refuge to many refugee musicians over the years, who in turn have enriched our musical lives,” the letter read.

“In light of this, we call on the government to urgently offer humanitarian visas to Afghan musicians so that the UK can play its part in ensuring that they – and their precious cultural heritage – are not lost. for ever. “

During their reign 20 years ago, the Taliban outright banned music, except religious singing. This time, they promised a more moderate rule, although they made it clear that they would rule Afghanistan within the confines of their interpretation of Sharia law.

In August, famous Afghan folk singer Fawad Andarabi was shot dead in Baghlan province for performing and singing in public.

One of the country’s most famous music schools, the Afghan National Institute of Music, has fallen silent and is now guarded by Taliban fighters. And in some parts of the country, radio stations have been ordered to stop broadcasting music.

Fears have mounted for the safety of artists in Afghanistan and the Taliban’s treatment of the country’s musical traditions.

The letter a The temperature, also signed by author Stephen Fry, percussionist Dame Evelyn Glennie and the Kanneh-Mason family, reads: “The Taliban are ideologically opposed to all music as being morally corrupt. They banned music during their tenure from 1996 to 2001, and there is mounting evidence that this attitude has not changed. Musicians are seen as members of a “degenerate” group that must be silenced.

The letter continues: “Over the past six weeks, the Taliban have committed assassinations of traditional musicians; brutally beaten artists; music prohibited on radio stations and in public places; and instruments destroyed in institutions such as the national broadcaster, RTA. Afghan musicians are now in hiding, moving from house to house, terrified for their lives. They are at imminent and extreme risk.

“All of these musicians embody a vision for the future of Afghanistan in which freedom of expression and ethnic harmony can flourish.

“We believe the public, and our own music and arts community, would overwhelmingly support the relocation of these unique and highly skilled musicians to the UK, providing them with homes and opportunities to perform,” the letter concludes.

The UK government has yet to publicly respond to the letter.

The man who discovered modern music