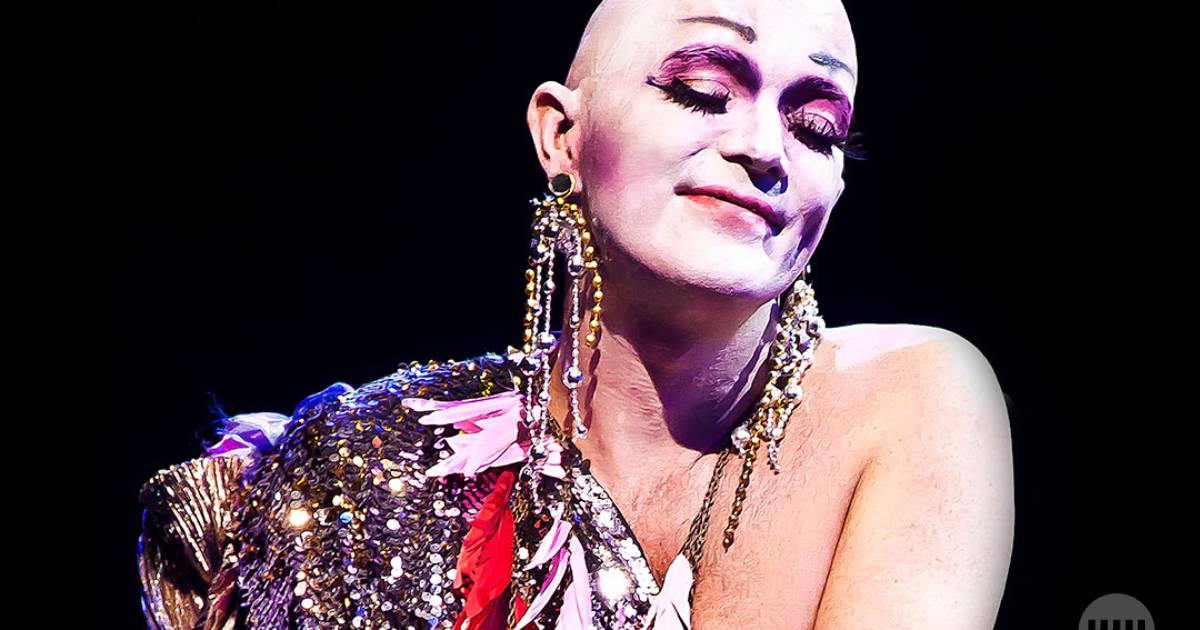 By 2011, Taylor Mac, a multi-hyphenated theater performer whose favorite gender pronoun is “judy” (as in Judy Garland), had already accomplished so much. Shows around the world. An Obie Award for the play The Lily’s Revenge. Grants galore. High praise from several critics. It all added up to the kind of career that could have kept Mac just rolling for the next few decades.

Instead, Mac chose to develop a big, bold project that would leverage Judy’s skills as a singer, actress, songwriter, and activist: A 24-Decade History of Popular Music.

The concert/performance art show does what the title promises. At its founding, it’s a look at American history through the prism of nearly two and a half centuries of songs ranging from “Amazing Grace” to Lauryn Hill’s “Everything Is Everything.” But the whole gig is also, as Mac has dubbed it, “a radical ritual of fairy reality” that uses the songs, their rendition by Mac, and the fabulous costumes, created by the wonderfully named designer Machine Dazzle, that judy wears throughout to shine a spotlight on America’s marginalized communities who, as Judy puts it, “built themselves up after being torn apart.”

If that concept wasn’t big enough on its own, the sheer scale of the work makes it even bigger. A full performance of A 24-Decade History of Popular Music is meant to take all day, with each decade taking a full hour. To date, Mac has only performed it once in its entirety in a marathon event at Brooklyn’s St. Ann’s Warehouse in 2016. one hour during a long residency, or divided into four six-hour chunks.

When Mac arrives in Portland on March 31 for a performance of A 24 Decades of Popular Music History with the Oregon Symphony Orchestra, the show will be even shorter, but no less powerful. As news of this radical revisionist story spread around the world, the demand to hear at least part of it live grew with it. Thus, an abbreviated version of History has toured the world to the delight of lovers of musical theatre, American counterculture and performance art.

What people at the Arlene Schnitzer Concert Hall shouldn’t expect later this month is to be a passive observer. A major element of A 24-Decade History of Popular Music since its inception has been audience participation. During the St. Ann’s Warehouse performance, Mac asked attendees to recreate a major Civil War conflict with the use of ping pong balls and pillows, sing along to classic tunes like “Take Me Out To The Ball Game” and “Camptown Races,” and, during a performance of “Snakeskin Cowboys,” an insidious tune from even more insidious rocker Ted Nugent, had everyone dancing in slow motion.

This reframing of “Snakeskin Cowboys” is the perfect example of something else that has garnered much-deserved attention on A 24-Decade History of Popular Music: recontextualizing problematic songs for radical purposes. Nugent’s song is a nasty homophobic piece of work, but Mac and music manager Matt Ray make it, as Mac told Vulture, “a gay junior prom ballad.” Elsewhere in the original show, Mac performs songs from The Mikado, the Gilbert & Sullivan operetta, but sets the action on another planet because, as critic Wesley Morris wrote, “his minstrel might have a meaning if it was on Mars”. And there’s that familiar anthem, “Amazing Grace,” of which Mac said, “It’s exciting and surprising to see a queen sing that song. I think it changes the audience’s perspective on what the show will be, but also what grace is.

Chances are if you grab a ticket to see Taylor Mac’s A 24-Decade History of Popular Music on March 31, you already have an idea of ​​what to expect. But no matter how open-minded you consider yourself, there’s sure to be something on the show that will challenge you and your preconceptions. This is exactly what Mac loves. “If you give people what they want, they’re going to ask for the same thing over and over again,” Judy said in a recent video interview. “It’s not going to advance the culture. You should go through something. [I want] to get the audience to open up something in themselves that they didn’t think was possible.