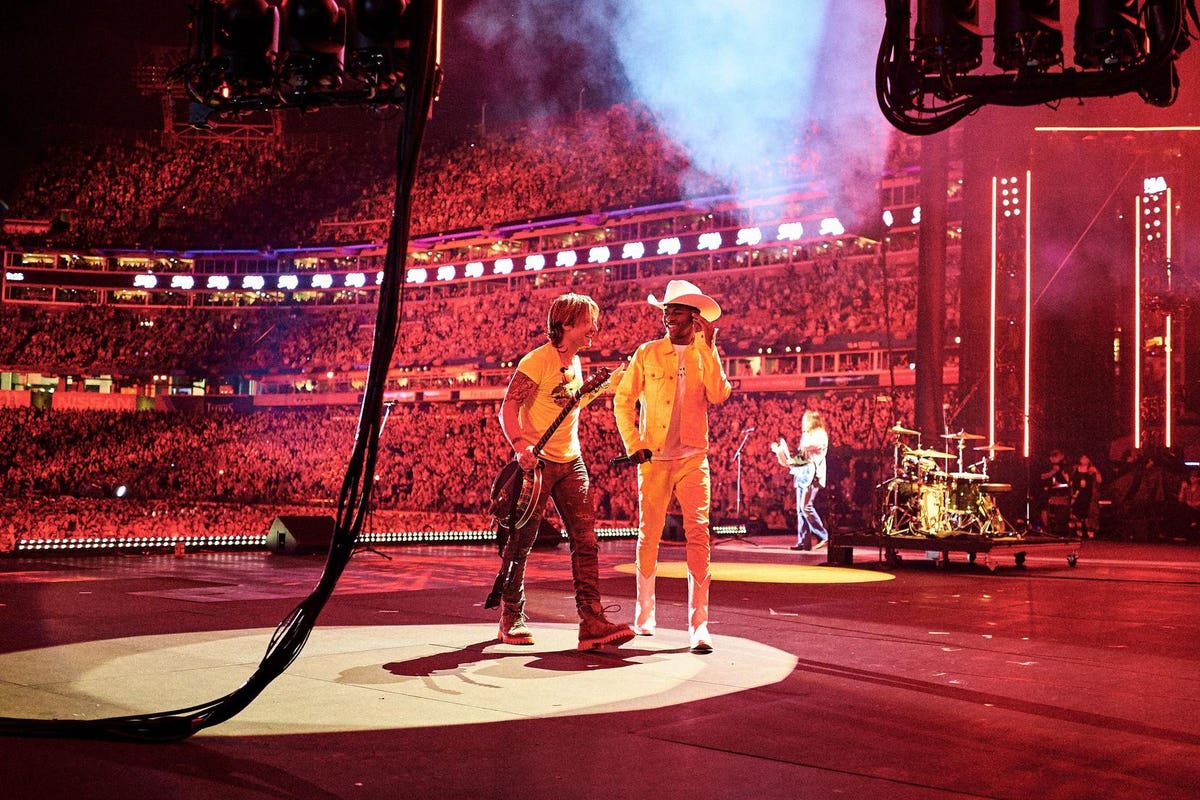 The diversity of styles in country music

Bolos, calico print shirts, some with fringe, blue jeans, a Stetson, and let’s not forget the boots. There’s a culture around country music, fashion, food, pickups, that revolves around family, friends, heartbreak and love. This will all collide next week in Nashville at the Country Music Associations (CMA) music festival which kicks off on June 9.e and ends June 12e.

One of the biggest acts taking place at Nissan Stadium is Lainey Wilson. The 30-year-old singer from Baskin, Louisiana is a bell bottom demon. Her retro vintage fashion can be found in each of her fashion shows. “I call my style my music and my bell-bottom country aesthetic,” she said in a 2021 Forbes interview. a good story, whether it’s an older song or retro clothes I can go to a vintage store and see a shirt I like and be like “I like that” and maybe I don’t know the story behind it, but it’s just nice to wear something that has character and to know that there’s a story in the clothes, or there’s a story in the song. I’m a sucker for a good story.

The thing about country music is that while many think that all singers and fans of the genre wear boots, denim pants, or skirts with people with a heavy accent, that’s just not the case. As Flatland Country sings, “Country is what country means to you,” and that’s what makes the genre diverse. Kane Brown, Dierks Bentley, Russell Dickerson, Keith Urban and Tiera Kennedy are just a few who feature in the lineup of over a hundred artists. Their style is simple and does not reflect the Country tradition of the 70s and 80s. Brown dresses more like a Hip-Hop performer on stage with jeans and a t-shirt or hoodie. Grammy-winning singer Keith Urban wears a simple outfit on stage with jeans, a t-shirt and he will wear a leather jacket.

Sometimes country is cornered and its reach can be limited with the stereotype of not being diverse in fashion, race and sound styles in subcategories like Country Rock, Country Soul, Country Rap, Bro Country and Country Christian. As shown by Lainey Wilson in his bell-bottom country style, Kane Brown with his Hip Hop style or Alan Jackson with his traditional country style, there is a place for everyone to call home.

The festival will take place over four days in the heart of Music City, all hosted by CMA, with nightly concerts at Nissan Stadium. Tickets can be purchased at CMAfest.com. A portion of the sales will go to music education programs that are part of the CMA Foundation. “We’ve been waiting two years to welcome country music fans from coast to coast and from all corners of the world,” says CMA CEO Sarah Trahern. “We are now two months away and the excitement is palpable! We look forward to bringing the Country community together in June. »

Stay connected with CMA on CMAfest.com, the official CMA Connect app, Facebook, Twitter, Instagram and sign up for CMA Country Connection emails to get the latest news as soon as it’s announced. And ABC will air the CMA Fest special, produced by Robert Deaton.

Listed in Billboard’s Top 10 Country Music Festivals, it is the longest-running country music festival in the world. The last festival before the pandemic, the 2019 festival sold out with guests from every state and thirty-seven international countries. With various uniquely flavored acts, CMA Fest 2022 is one of the biggest events of the year.

The best recordings of Purcell’s Funeral Music for Queen Mary