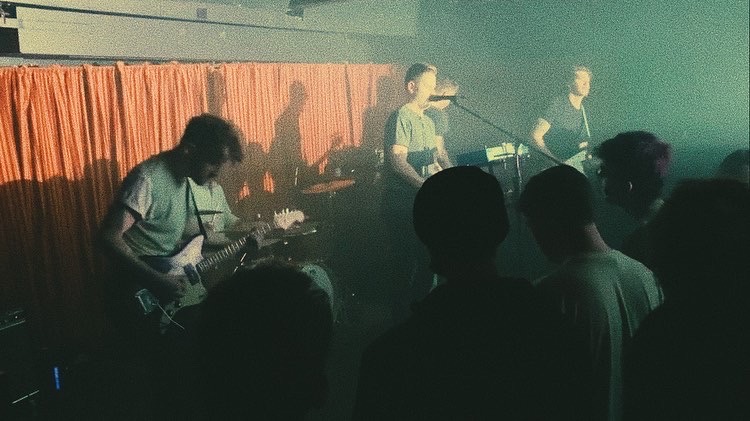 The impact and influence shoegaze continues to have on modern music

Get ready for a little music history lesson. Don’t worry, I assure you it’s quite fascinating.

The music industry has had a very bizarre way of evolving throughout human history, and once music started being recorded and marketed at the dawn of the 20th century, the game officially changed. .

The genres we listened to slowly became more unconventional, experimental and even controversial with the rise in popularity of soul, rock and roll and R&B in the 1950s and 1960s. For many listeners, the hippie movement was something that undeniably disrupted the established order – drug use, sexual experimentation, opposition to the Vietnam War, the civil rights movement – all of which were largely influenced and encouraged by the music makers of the time.

The Beatles were playing with the band, guitarists began to popularize distortion, and contemporary songs became more complex. During this period, a producer by the name of Phil Spector became one of the most prolific names in the industry when he developed “The Wall of Sound”.

In the 70s and 80s, punk rock began to gain popularity, pop music evolved, and all of these subgenres of rock and pop began to emerge, from heavy metal to progressive rock to synth. pop and goth rock. Just when you thought music was hitting its peak with Bowie and Zeppelin, Queen’s ‘Bohemian Rhapsody’ burst onto the scene – and that wasn’t until the mid-’70s.

While many of these bands were successful, their process and approach was often littered with experimentation. David Bowie is one of the greatest examples of a mainstream artist who practically had a natural need to challenge the conventional. Bowie’s 1977 single, “Heroes”, for example, has a fairly basic musical structure, however, there is so much going on in the instrumentation; layers of synthesizers and guitar feedback.

All of these eclectic, unconventional and experimental approaches then influenced the next generation of artists, presenting deep and atmospheric songs. Then came The Jesus and Mary Chain, Cocteau Twins and My Bloody Valentine. Bands like Slowdive (which drew inspiration from the works of Bowie and his collaborator Brian Eno), RIDE, Chapterhouse and Lush, which, with those huge sounds, but with a stagnant and almost distant appearance, began to be called “shoegaze – otherwise known as “The Stage That Celebrates Itself”.

There is no easy way to define shoegaze. It is rooted in goth, noise rock, psychedelia, ambient music and electro. Listeners, writers, and critics alike might try to reduce it to dream-pop, though that gives it an oversimplification at the surface level. Common characteristics of shoegazing include chimy or swirling guitars, lo-fi production techniques, vocals drowned in reverb, pop structures, cinematic and psychedelic visuals, and atmospheric soundscapes.

Based primarily in the UK, shoegaze bands enjoyed very moderate success in the late 1980s and early 1990s. However, once grunge and Britpop burst into the mainstream, shoes were less looked at, but rather trampled on. Many bands broke up or had to change their sound.

Thankfully, with the amount of information readily available on the internet, streaming services, and a big thanks to the number of bands that have come together over the past few years, the scene has seen something of a revival.

While the shoegaze scene was a tight-knit bunch, it also transcended into more modern bands of wider ranges ranging from Deftones, Beach House, M83 and even Tame Impala. With newer bands like DIIV and NOTHING, and reuniting bands like Slowdive, My Bloody Valentine and RIDE, it’s safe to say that shoegaze is no longer in a coma.

During the pandemic, I started working on a new project with songs I had made over the years of my young adult life, but had never realized until recently that many of them were shoegazey in nature. I became friends with Sean Winick, alumnus of Toronto alternative rock band Late Kings, who quietly broke up in 2020 due to the unpredictability of the pandemic following the release of his self-titled debut album. The album mixes a nostalgic, yet quirky twist of ’90s grunge and alternative rock throwback to the sounds of Silverchair, Nirvana and Smashing Pumpkins while combining influences from modern bands like Basement and Citizen.

Shoegaze’s music was something we bonded over and it’s something we look at through a wide lens. “For me, it’s the emotional weight that the music evokes, it’s almost inexplicable. The main focus isn’t something like the voice – it’s there like a layer. He is supposed to be drowned and lost in this magnificent sonic chaos. Winick compared the genre’s sound to “epic” orchestral music from film scores he listened to in his early teens.

How is shoegazing affecting the Canadian music scene? Is shoegaze even a thing here and is it played on a national stage like the Junos?

Yes actually, both. In 2018, Alvvays won a Juno for Best Alternative Album of the Year for their second album antisocialists (2017). Fast forward to 2020, the Radio Canada posted on Daniel Monkman and their Zoon project, an artist combining shoegazing with traditional Native music, coining the term “loafer-gauze”.

Zoon had released his first album Bleached waves in 2020 via Paper Bag Records, which made the Polaris Prize shortlist. Monkman also opened for July Talk and, along with their other project Ombiigizi, are gearing up for their first show at Massey Hall as the opening act for Broken Social Scene. Currently, Zoon is touring the United States, having performed at New Colossus Festival in New York and SXSW in Texas.

They talked about how listening to ’70s singer-songwriters at a young age played an important role in shaping the sound that became Zoon. “That melancholy feeling has always stayed with me. When I write music, it comes out unconsciously. At the same time, my culture was taken away from me.

Monkman then details how becoming a “born-again Indian” and learning the “hypnotic nature” of powwow music combined with “sad singer-songwriter music” came naturally when they made Bleached waves. Shoegazing appealed to Monkman because initially they never saw themselves as lyricists. For them there is loneliness in the distortion and their subconscious is able to express itself in a pure and vulnerable form.

Jamie Curtish-Welsh is course director at the School of Social Work in York and took up shoegazing after a suggestion from his piano teacher. the infamous without love (1991) of My Bloody Valentine is the first CD he buys, which convinces him to discover other groups. For him, “despite the chaos on the surface, if you listen carefully, it’s filled with beauty and peace. I think it reflects the world itself.

Regarding his influence on modern music, he cites Broken Social Scene “from a Canadian point of view”, as well as all the alternative/indie bands after 1991.

For those who may not be familiar with it, shoegazing can be considered unconventional, abrasive and din-like. Chrisy Hurn-Morrison of Hamilton-based band Basement Revolver agrees the genre hasn’t had much luck, although she feels that given its history it’s not unconventional, citing bands like Low and Slowdive .

“A lot of shoegaze is very cyclical – it builds and builds. It’s nostalgic, which is weird because I didn’t grow up with it. Something about it feels like magic.

Capitol guitarist RJ Kemp is also from Hamilton. Pop-punk bands like Blink-182 led Kemp to The Cure. “It all started from there. The Cure is that perfect mix of dreamy guitars and that cold, post-punk feel of the 80s and even pure pop. Consequently, this led to Kemp being introduced to Slowdive.

Similar to Winick, Kemp credits the appeal of the shoegaze to the sound of the guitar. “It’s the most soulful sound a guitar can have. There are so many layers – it can be so big, beautiful and soft. This is the maximum I could feel.

From 70s singer-songwriters to pop-punk, these are just a few examples of what has influenced the Canadian shoegaze sound. When asked if shoegazing has influenced contemporary music, Kemp deeply agreed that it “did it infinitely. Even the term has guitarists wondering, “What does that mean?” Look at my shoes – why? Because of the pedalboards? Interesting, I want to try pedals!’ Even the subtle name of the genre itself has advanced experimentation for guitarists.

In tracks like “Soon” from My Bloody Valentine, the drum beat has the type of groove heard in a scene at The Bronze in Buffy the Vampire Slayer. The production of a track like Slowdive’s “Rutti” has such a timeless sound that it could be released today and has the potential to pass as an acclaimed indie song.

Kemp also cites Joy Division as a band that paved the way for shoegaze bands, calling them “the first emotional punk band”.

Hurn-Morrison and Kemp see Canada as a hub for a shoegaze revival. Kemp sings the praises of Basement Revolver and says, “It looks like there’s a movement starting here. I really hope this continues and that the biggest festivals and artists respect the sound.

Hurn-Morrison also speaks fondly of Capitol and Zoon and says she “would love to see people lift each other up.” What made some music scenes so iconic was that bands supported and promoted each other. This culture that’s been built around that is so special, it would be a dream come true.

In today’s climate, shoegaze has intertwined with dream/ambient pop, electronica, noise rock and black metal. Shoegaze has only been around for the better part of thirty years, so at this point who knows which direction it might go from here?