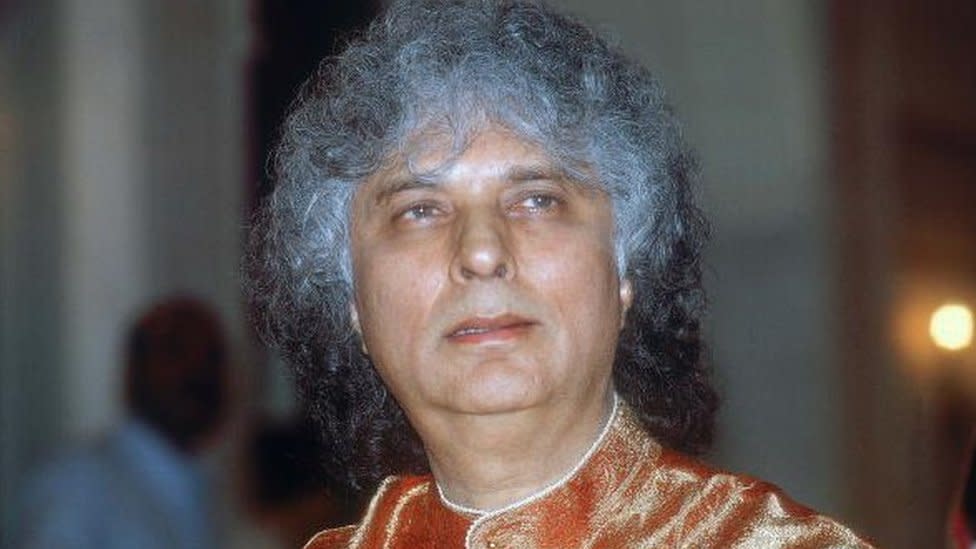 The maestro at the crossroads of classical and popular music

Sharma was a representative of the santoor, a dulcimer-like instrument. He suffered a heart attack at his home in Mumbai on Tuesday morning.

Sharma is credited with converting the santoor, which was mainly played in Kashmir, into a major instrument of Indian classical music.

Sharma was also part of a duo – with flautist Hariprasad Chaurasia – which worked on classical and film music.

Shiv-Hari, as they were known, composed the music for at least eight Bollywood films, including Silsila, Chandni, Darr and Lamhe.

Sharma was born and raised in Jammu in a riverside house where, in his words, “from dawn to dusk, someone or the other sang or played an instrument”.

His father, Uma Dutt Sharma, from a family of priests, was himself a classical singer and played the tabla, the traditional Indian drum.

He bought a 100-string santoor at home and encouraged his young son to try playing it.

“My dad said to me, ‘You have no idea what’s going to happen with your name and the santoor. They will become synonyms. So you have to play that,” Sharma told interviewer Ina Puri.

By age 17, Sharma was playing both santoor and tabla for the local radio station. He became a versatile musician, later playing tabla for maestros such as Ravi Shankar (sitar) and Ustad Ali Akbar Khan (sarod).

Singer Vijay Kichlu once said that Sharma made santoor a major component of Indian classical music.

“Unlike the santoor, the sarod, shehnai and violin were considered major instruments, with the sarangi being used as an accompaniment instrument for singers,” Kichlu said.

Also, playing the santoor was not easy: the instrument is not played with the fingers. Instead, its strings must be struck with a mallet held in each hand.

Sharma once said that he had modified the instrument to “fit the demands of Indian classical music – particularly to improve its tonal quality”. Interestingly, he was also the first musician to play the instrument, weighing eight kilograms, on his knees for hours at a time – traditionally the santoor was held on a wooden stand when played.

Some critics were “harsh”, saying the santoor would never be accepted as a classical instrument, and told his father that his son had chosen the “wrong instrument”, Sharma recounted in his autobiography, Journey with a Hundred Strings.

In 1955, when he was 17, he turned down an offer from V Shantaram, a Bollywood director, to compose a song in his film – claiming his calling lay elsewhere.

But five years later, he arrived in Mumbai seeking musical jobs in the film industry – by then he had also earned a master’s degree in economics.

“His work, for much of the sixties and part of the seventies, continued to roll like a train on two tracks – his film work and his opus on the [classical] concert stage,” said film music historian Manek Premchand.

Over the years, he performed to packed audiences at classical shows, where he would never play his popular music. Ravi Shankar once called Sharma a “superstar” who would always be “mentioned as a pioneer in raising the santoor to the pinnacle of classical refinement”.

In the 80s, his collaboration with Chaurasia spawned many hits, starting with Silsila, with superstar Amitabh Bachchan.

Bachchan once recalled a New Year’s Eve while filming Silsila when the duo performed well after midnight at the hotel they were staying in Delhi.

“When it was all over, we could see not just physical exhaustion on Sharma’s part, but as if his very soul had been exhausted,” Bachchan recalled.

In 1998 Kumar and Chaurasia became the first Indian musicians to perform at a Nobel Prize ceremony in Oslo alongside Alanis Morissette, Elton John and Phil Collins. The duo also performed in the central hall of the Indian parliament.

Sharma has received some of India’s highest honours: the Sangeet Natak Akademi Award in 1986, the Padma Shri in 1991 and the Padma Vibhushan in 2001.

He is survived by his wife and two sons. One of his sons, Rahul, is also a noted santoor player who has recorded with Richard Clayderman and Kenny G.