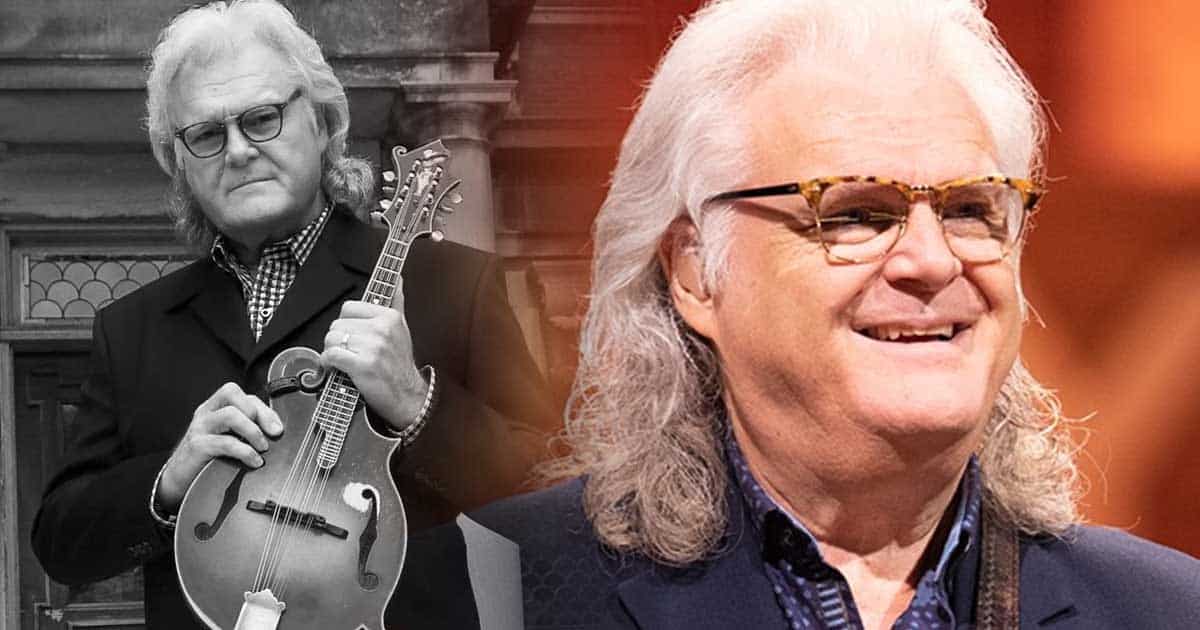 By the early 1980s, Ricky Skagg songs were dominating country radio. He honed his sound enough to eventually become a mainstream country star and chart topper. Since 1990, Skaggs has become a leader of the progressive bluegrass movement and one of the reigning legends.

Skaggs managed to become known for his uniqueness and the excitement he brought during live appearances and tapings. His popularity has steadily skyrocketed and he has won dozens of awards and accolades, including four Grammy Awards. But above all, Skaggs renewed its strength and notoriety to a sound that had to some degree been mastered by the marketing of “Urban Cowboy” fashion.

Truly, Ricky Skaggs’ talent has served him well. So, let’s take a walk down memory lane and enjoy his best hits.

What sets “Country Boy” apart is that it contains all the elements that make Skaggs’ music special – the long instrumental interludes that no other bluegrass artist can match. It also comes with a fun music video in which bluegrass pioneer Bill Monroe made a guest appearance.

“Uncle Pen” was first written and recorded by Bill Monroe, recognized as the “Father of Bluegrass Music”. Eventually, it was covered by several artists, including Porter Wagoner, Goose Creek Symphony and, of course, Skaggs – which took the song to the top of the country charts.

The fifth of his consecutive No. 1 hits, “Highway 40 Blues,” is a song that tells the tender story of a traveling musician. The man drove the highway for years and wasted his youth in his search for the truth. Skaggs’ remarkable instrumental solo dominating the track makes the song even more special.

“Honey (Open That Door)” was one of the best tracks written by prolific and prominent country music singer-songwriter Mel Tillis. It was first recorded by country singer Webb Pierce – however, it failed to enter the country chart.

Skaggs released the song as the lead single from his 1982 studio album Highways & Heartaches. Two weeks later, George Strait released his version, unaware that Skaggs had recorded it. Still, it was Skaggs’ version that defined the song, reaching No. 1 on the country chart.

Skaggs changed a line in the song to exclude a swear word. He made sure he would never record a song that made him feel uncomfortable singing in front of his parents.

6. Love can never get better than this

In this song, Skaggs teamed up with his wife, Sharon White, of country music vocal group The Whites. Although it was only their very first duet, it was a huge success. Along with reaching No. 10 on the country charts, it also earned them a CMA award for Vocal Duo of the Year.

seven. love only me

After three years without having No. 1, Skaggs returned to the top of the “Lovin’ Only Me” country chart. Although it sounds different from other Skaggs hits, the song’s twangy guitars and mid-tempo groove totally stand out. It was his last Billboard Hot Country Songs No. 1 chart.

8. I wouldn’t change you if I could

Previously recorded by Jim Eanes in 1959, the song had better success when Skaggs released it in 1983. In the song, Skaggs showed how he handled mid-tempo and vocal-oriented material, and he brought it to life. perfectly done.

9. Don’t cheat in our hometown

Long before Skaggs recorded the song, he played it several times for his musician friends – including Kris Kristofferson, who reacted very positively. Skaggs thought that if someone as prolific as Kristofferson liked him, he should consider recording him.

Well, not only did he record it, but he also made it the title track of his album.

When Skaggs first heard the song, he never saw it as a single. But his wife Sharon White insisted it was a hit – and she was right. “Cajun Moon” danced to the top of the country chart.

11. something in my heart

Released as the lead single from his epic Country Boy album, “Something in My Heart” reached No. 2 on Billboard’s Hot Country Songs chart.

Another Country No. 2 for Skaggs, “You’ve Got a Lover” tells the painful story of a man whose heart was broken knowing his lover had found a new man.

In 1982, Skaggs topped Billboard’s country chart for a dozen weeks with a cover of a Webb Pierce song. Skaggs has always loved the song for its simple yet direct lyrics of hope and promise.

Skaggs became the back catalog of one of the greatest bluegrass bands Flatt and Scruggs, covering “Crying My Heart Out Over You” in 1982. It became the first among Skaggs’ No. 1 hits.

“I’ve Got a New Heartache” reached number two on the country chart when country star Ray Price released it as the lead single from his Greatest Hits compilation album in 1956. Three decades later, Skaggs brought the song back in the Top 10 with his version.

Without a doubt, none of Ricky Skaggs’ peers in the 1980s had better musical credentials than him. He is an exceptional singer and instrumentalist who would not even be enough to qualify as multi-talented. Here are a few more of his songs that really stand out.

So what are you waiting for? Get ready to play those Ricky Skaggs songs on repeat.

The origin and mechanics of the Indian classical musical instrument Mridangam