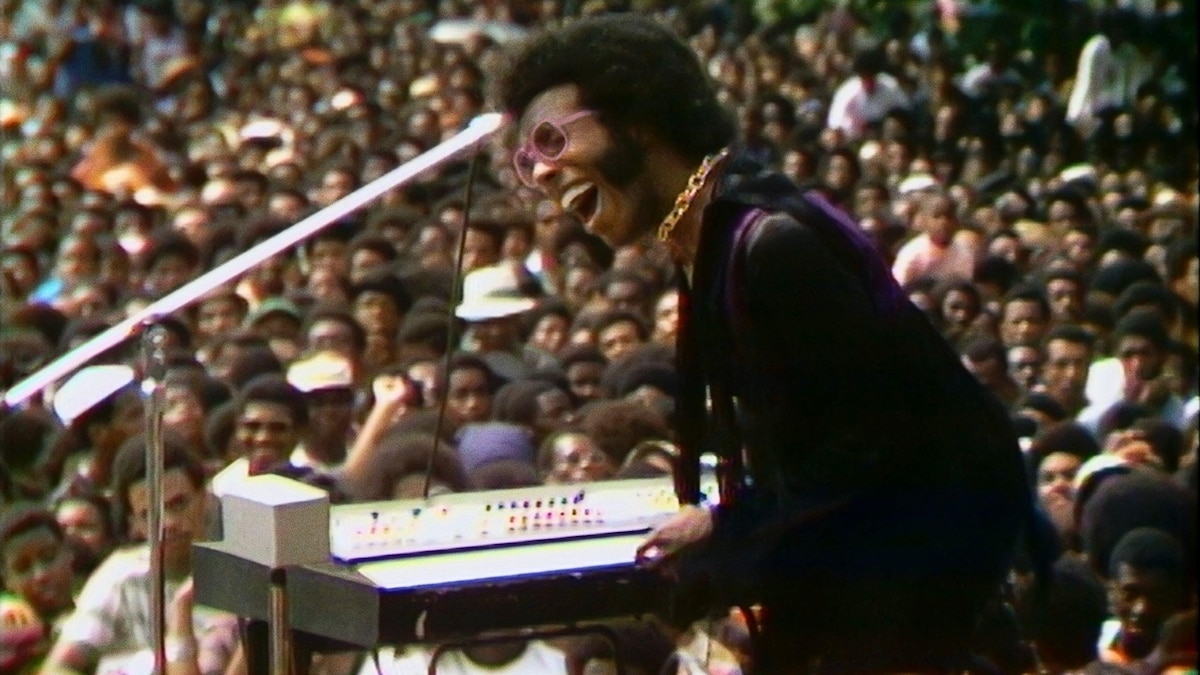 The most popular music festival you’ve probably never heard of

In August 1969, Dorinda Drake and a few friends had planned to go to the high-profile Woodstock concert with the boys, but the boys abandoned them and the girls stayed home to attend a summer concert in Harlem.

Then 18, Drake remembers hanging out backstage with the performers and overlooking a sea of â€‹â€‹50,000 blacks gathered in Mount Morris Park (now Marcus Garvey Park).

The Harlem Cultural Festival served as a break from the racial and civil unrest that swept across the United States in the late 1960s, including the riots, assassinations of Dr Martin Luther King Jr. and Robert F. Kennedy, and anti -war.

â€œI mean, that was exactly what we needed under the circumstances, because so many negative things were happening to black people, and assassinations and all that stuff,â€ Drake said. “Having a whole weekend of happy experiences so that people would forget what we were dealing with, you know, just for a few moments, at least, it was spectacular because the timing was perfect.”

While Woodstock, which took place at the same time 160 kilometers in upstate New York, became one of the most famous music festivals in American culture, the history of the Harlem Cultural Festival was almost erased. Most of the footage from the event has been locked in a basement for 50 years, out of sight and out of the public consciousness..

To the left: Count Basie on stage at the 1969 Harlem Cultural Festival at Mount Morris Park (now Marcus Garvey Park).

The story of this concert series, a key cultural moment in American history, is now presented in a new documentary, “Summer of Soul (… Or, When the Revolution Could Not Be Televised)”. The two-hour movie, available on Hulu, is directed by Ahmir “Questlove” Thompson, drummer for Grammy-winning band The Roots and frontman of Jimmy Fallon’s Tonight Show.

Attended by more than 300,000 people for six weeks from June 29 to August 24, 1969, the Sunday concerts featured some of the best artists and musicians in the world, from Stevie Wonder to Sly and the Family Stone, Gladys Knight and the Pips, Nina Simone, and BB King. There were not only musical guests, but politicians such as New York Mayor John Lindsay, who referred to the festival as a celebration of black arts and culture, and civil rights leaders such as Reverend Jesse. Jackson and Marcus Garvey Jr. who also made appearances.

Activists and politicians alike believed the festival was the perfect venue to discuss the issues black Americans faced during this time. In one scene, Jackson talks about King’s assassination, followed by Mahalia Jackson and Mavis Staples singing “Take My Hand, Precious Lord,” which was King’s favorite song.

The festival has been called the most popular music festival that you have never heard of. Even some who attended the festival believed they had no recollection of the event until they saw footage in the documentary.

Now 70, Drake, who appears in the film, describes the festival as a beautiful gathering of black people who come together peacefully just to enjoy the music.

â€œAll the happy faces, the families is what I remember the most, and the crowds were so happy,â€ Drake says. “And to see a bunch of happy black faces like thatâ€¦ I know we don’t see these pictures a lot these days, but even then it was a beautiful thing.. “

Drake added, â€œWe really, really needed something to improve our moods and feelings, you know, and everyone left happy. And then went another weekend and another weekend.

Fifth Dimension members Marilyn McCoo and Billy Davis Jr. said they felt an instant connection to the community when they arrived at the park to perform.

â€œAs soon as we got out of the car we knew we were in the place,â€ Davis said. The Undefeated . â€œThe only difference is that the amphitheater wasn’t there at the time. It was just a park and the people were right there with you which made it better.

Questlove’s goal in making the film was to uncover black history that was in danger of being erased. It would take more than 50 years after the concerts so that the images of the festival can be seen in public .

â€œThe fact that 40 hours of these images were withheld from the public is living proof that revisionist history exists,â€ Questlove said when â€œSummer of Soulâ€ debuted this summer. “I want to make sure that the erasure of blacks does not happen in my lifetimeâ€¦ and the film was an opportunity to work for this cause.”

Joseph Patel, producer of the film, has worked closely with Questlove and has known him since the 1990s. Although he was unsure of joining the production team, after a conversation with Questlove before the film was shot he realized the importance of spotlighting this festival.

Patel recalled that Questlove “explained to me and was like” if I had known this festival when I was younger, can you imagine the impact it would have had on me as a musician? “And when he told me that, I was really touched by it, it was a story that had to be told.

To the left: Children listen to Tony Lawrence’s band at the Harlem Cultural Festival in New York City, June 27, 1967.

A successful television producer at the time named Hal Tulchin knew that these famous and talented artists were coming to Harlem to perform in the cultural festival and knew that the concerts had to be filmed.

He bought four cameras and a substantial amount of recording tapes in the hopes that the festival would get the same media attention and traction as Woodstock.

â€œHe’s shooting it with the idea that he wants to make five national specials out of it and kind of create this cultural moment, and it’s very prescient of him, but he’s not really finding success. As if no one would take these national specials, â€Patel says. â€œHe ends up selling a local special to a local CBS affiliate that airs as late at night on a Saturday. And that was just the first weekend.

Tulchin even dubbed the sequence “Black Woodstock” to try and draw attention to the moment of transformation, but many media networks at the time were focused on Woodstock, and the film would stay in a basement for at least. another decade. He attempted to resell the footage 10 years after the festival, and a potential buyer approached him again in the early 2000s, but those deals failed.

While there have been previous attempts to make a documentary about the festival, none have succeeded.

Bryan Greene, who worked as a consulting producer on the film, published an article in 2017 highlighting the Harlem Culture Festival and suggested making a documentary. At the time, the festival still hadn’t received much media attention, and Greene’s reporting began to grab the attention of filmmakers.

â€œBecause it’s the same year as Woodstock, the same year as Gimme Shelter, those two concerts or festivals are now imprinted in our consciousness because there was a movie,â€ Greene said. “And so I wrote about it anticipating that someone would realize that this is the most incredible story ever told in the history of music festivals.. “

This lack of footage from the Harlem Cultural Festival led some at the event to wonder if this actually happened. Even Drake, who still lives two blocks from the festival site, was reluctant to participate in the film. She wasn’t sure her memories would hold. But they came back in droves once she saw the footage.

“When I was approached to do it, I was reluctant at first because I wasn’t sure I remembered it …