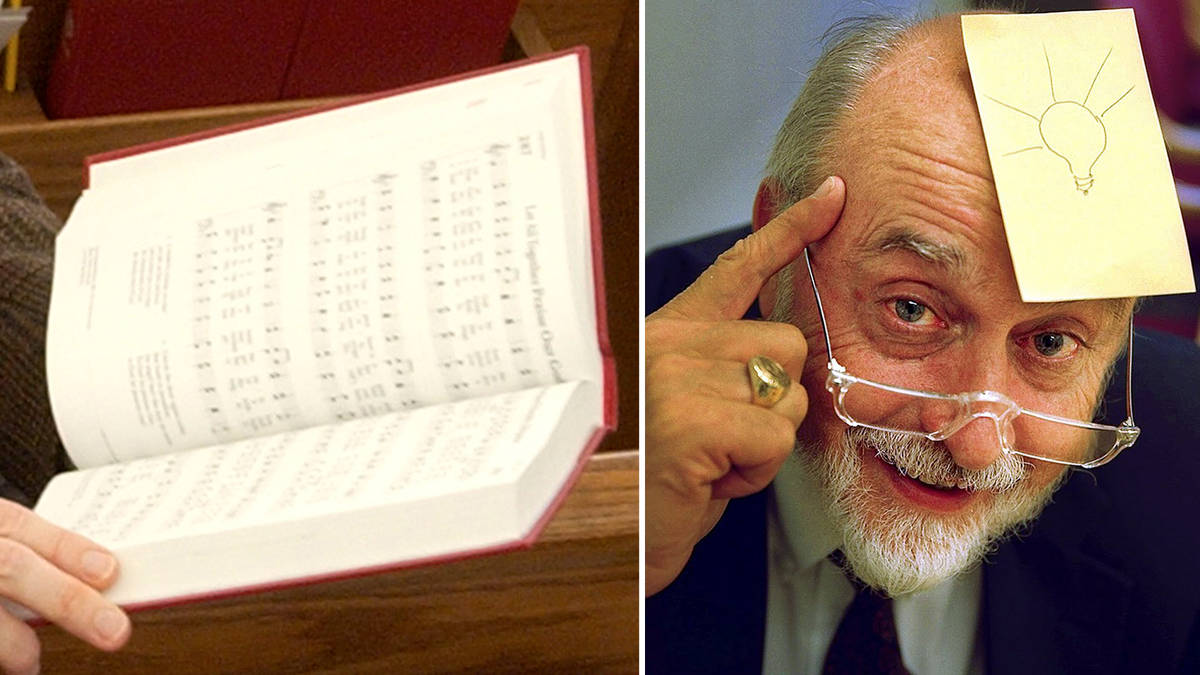 How a failed invention and choir hymnal led to one of the most iconic desk staples of the 20th century.

It’s 1968, and in a lab in the midwestern state of Minnesota, USA, Dr. Spencer Silver is hard at work trying to develop an extra-strength adhesive for 3M, then called the Minnesota Mining and Manufacturing Company.

Instead of the super sticky substance he had hoped to create, Silver ended up with a “low tack” adhesive, albeit a reusable adhesive that could be stuck and peeled off when pressure was applied.

Anxious not to waste his time and effort, Dr. Silver looked everywhere for a use for what he called his “no problem solution.”

For five years, he presented his invention at various seminars and summits, but ultimately failed to realize his idea.

Read more: 15 of the Greatest Classical Choral Works Ever Written

The Post-it Note – inspired by a man’s hymnbook needs

Little did Silver know, one of his 3M colleagues had attended one of those many seminars and wanted to learn more about the oddly behaving adhesive.

Arthur ‘Art’ Fry, who worked in new product development at 3M, was an avid singer and sang in his church choir in his spare time.

Fry often used small scraps of paper to mark important pages in his hymnal, but with nothing to hold them in place, they frequently fell off, causing Fry to lose his place and cost him valuable time.

One Sunday in 1973, while rehearsing the choir, he remembered Dr. Silver’s seminar. He wondered if he could somehow cover his bookmarks with the adhesive in a way that might help save his page more efficiently, without damaging his delicate, ultra-thin pages. collection of hymns.

Read more: Mystery of 19th century altar boy who hid a ‘remember me’ plea on a pew is solved

Returning to work the next day, he asked if he could use a sample of Dr. Silver’s adhesive to test his idea.

In the spirit of encouraging creative collaboration and inventiveness, 3M launched an “allowed contraband” initiative, which Fry used to further develop his design.

Using scrap paper borrowed from the lab next door – which turned out to be canary yellow – Fry experimented with different ways to apply the adhesive to the paper, eventually settling on a strip of glue along one edge of the paper: enough to allow it to stick, with no adhesion left on the part of the bookmark that extended from the page.

Silver and Fry then began leaving notes for each other, taped to various surfaces around the desk. It was then that they realized the full potential of their discovery.

The duo brought their genius invention to 3M management, but it took a bit of effort to get them on board. In 1977, the company began testing product sales in four US cities, marketing the sticky notes as “Press ‘n Peel” bookmarks.

The results are discouraging, but the following year, the marketing department proposes a new strategy: give the product directly to consumers, so that they can try it for free. 94% of those who tried the product said they would buy it again. The success of the Post-it Note was therefore guaranteed.

On April 6, 1980, Post-it Notes as we know them hit shelves, and a year later they were also launched in Canada and Europe. That same year, 3M named the Post-it Note its Outstanding New Product and awarded the development team the “Golden Step Award” in 1980 and 1981, a recognition given to 3M teams “who create major new products which are significantly profitable”. .

Even with such accolades to his name, Fry remained humble, saying “My greatest reward is seeing so many people using and enjoying my product.”

In 2010, Art Fry and Dr. Spencer Silver were inducted into the US National Inventors Hall of Fame, the highest recognition for two hitherto unsung heroes.

And now, nearly 50 years after its invention, the story behind the creation of the Post-it Note shows that inspiration can strike in the most unlikely places.