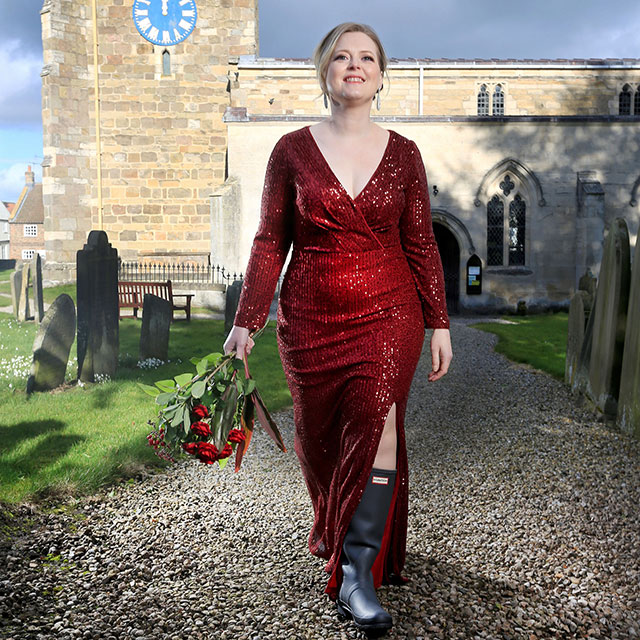 Theodora: the show must go on | Opera reviews + classical music

The theatre, on stage and off stage, marks the beginning of an enterprising festival.

Those of us who were lucky enough to be present at Glyndebourne’s 1996 production of Handel Theodora can remember it primarily as our first ‘live’ experience of not only the wonderful music but also the singing of David Daniels and Lorraine Hunt Lieberson as Didymus and Irene respectively. One would imagine that a semi-staged version in the old St. Andrew’s Church 26 years later would necessarily be a disappointment – but it wasn’t. Although he took over from an indisposed Lawrence Zazzo on very short notice, William Towers was sensational in the difficult role of countertenor, and despite not having years of experience, Irene d’Helen Charlston was a moving portrait.

The Northern Aldborough Festival, set in the idyllic setting of one of North Yorkshire’s most pastoral villages, has ambitions beyond its size, and this opening production delivers. Directed by Joe Austin, very simply but with an undeniable sense of authenticity, there was not a single weak link in the entire performance. The specialized baroque group “Sounds Baroque” led by Julian Perkins, launched the action with confidence and never wavered in the authority of their playing, with a particularly refined work of the horns (Peter McNeill, Nivanthi Karunaratne) and the theorbo (Kristiina Watt). When an audience member fell ill, necessitating a cut in the second half, the conductor’s handling of the sudden changes and the actors’ reaction to the situation was amazing to watch. As for the singers, the way they coped with these changes was a remarkable example of teamwork.

That such a distinguished cast could be assembled for such a small-scale festival is a tribute to the organization, and it was a shame there weren’t dead tree press critics present to make experience a song of such intensity and power. Henry Waddington is well known for his many operatic roles, his Glyndebourne Saul being particularly memorable, and here he was a convincing populist Valens, his genuine Handel bass doing light work of the complex music. Tenor Benjamin Hulett’s bugle tone is ideal for the conflicted role of Septimius, and his scenes with Didymus were particularly well done. Edwin Lambert’s Messenger fell victim to truncation, but its brief lines in Act I were enough to show promise.

“…there was not a single weak link in the whole performance”

‘The raptur’d soul defies the sword’ is one of Handel’s finest countertenor arias, and William Towers sang it with virtuosic fluidity and richness of tone. “Kind Heav’n, If Virtue Be Your Care” was equally impressive, and his scenes with Theodora were heartbreaking. Fflur Wyn shares a remarkable record of Handelian experience with his colleagues, and his Theodora was strongly characterized while beautifully sung. Their final farewell melted the view.

Irene is a role strongly associated with the much-missed Lorraine Hunt Lieberson, but Helen Charlston rose to the challenge and made it her own. Her tone is a little harsher than her predecessor, but she made effective use of it to portray a zealous companion. ‘As a rosy step’ and ‘Lord, yours every night and every day’ kept the audience spellbound.

The York University Singers are a young and enthusiastic group whose small numbers belie their professional sound. the closing chorales of each half were beautifully sung and their voices, while very impressive individually, blended together to produce an ideal harmony.

This performance builds on the strengths of the 2019 edition of the Festival Mixesand is the precursor to the staging planned for 2024 Theodora. It’s perhaps not a stretch to hope that a few more critics will make the long trip north for what is sure to be a momentous occasion.

• Further details of the Northern Aldborough Festival can be found here.

Who is Sally Beamish | Classical music