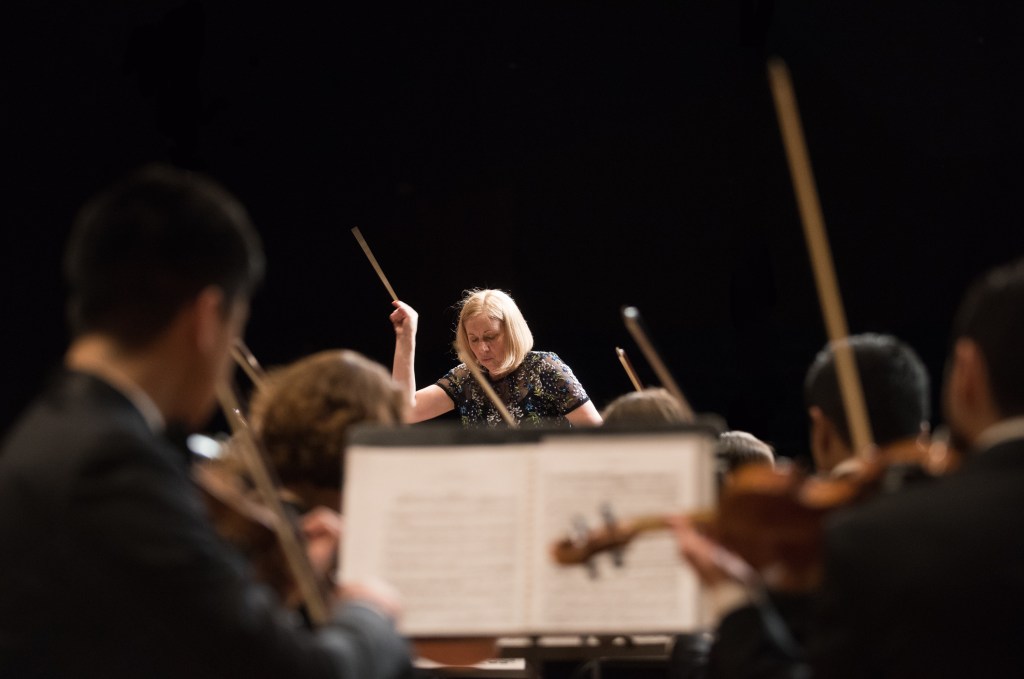 LOWELL — In Catholicism, a requiem is a mass for the dead, and the music that accompanies the service is meant to help one’s soul cross the afterlife.

But surprisingly, these dark moments of mourning can produce upbeat, fun, and dramatic music suitable for a 200-person performance.

UMass Lowell, along with the Cambridge Symphony Orchestra and Nashoba Valley Chorale, will perform Verdi’s Requiem in a free community concert on Friday, November 4 at 8 p.m. at the university’s Durgin Hall. They will also perform at MIT’s Kresge Auditorium on Sunday, November 6 at 4 p.m., but tickets are $15-$25. This will be the CSO’s first performance in its 48th season.

Jonathan Richter, a guest lecturer at UMass Lowell who conducts several university choirs, said Verdi’s Requiem is recognizable, calling it a “quintessential” and meaningful work for recent students and alumni who listen to it. will interpret.

“Verdi has his very successful, very fun and expressive style of opera,” said Richter, “and he imports that into the requiem tradition in a very effective way.”

About 130 choir singers from UMass Lowell’s University Choir and Chamber Singers, as well as the Nashoba Valley Chorale, will line up behind the orchestra during the concert, and four international soloists will also take the stage, said Cynthia Woods, music director of the CSO. .

There will be a full orchestra with “full brass,” Woods said, including a cimbasso — a rather rare huge tuba that “reaches all the way to the floor.”

At the beginning of the play “dies irae” – which translates from Latin for “day of wrath” – the spectators will hear trumpets behind them, beside them and in front of them, announcing the day of judgment.

“It’s a really fantastic effect,” Woods said. “As they create the tumultuous arrival of the end of days, the brass will come crashing in and be very, very loud and really fun. Everyone loves this move.

For many Richter students, this is their first large-scale concert of their college careers, since the pandemic has all but halted major live performances. But the alumni of the music department will also sing on stage, because they too missed this experience.

As with all other choir performances, understanding the context in which the music is created is key, said Dylan MacLeod, a UMass Lowell graduate student studying music education and who will sing in the show. The work is also entirely in Latin, so MacLeod and the other performers also needed to know exactly what they were singing and, in turn, what emotions to display, he said.

Although he’s never heard of the Requiem before, MacLeod said it’s a “historically relevant” piece, around 90 minutes in length that takes listeners on an emotional roller coaster. He called it a “one piece banger”.

“It’s literally an epic from start to finish, it’s a concrete piece of music that someone created so long ago, but we’re recreating it in real time, and it will be the full concert experience” , said MacLeod. “They’re going to walk away feeling all kinds of emotions, relief and grief, sadness, on the edge of their seat. They’re going to get it all watching us play.

By bringing together music majors with adult performers in a “cross-generational” collaboration, Richter said he hopes to show students that they can continue to stay involved in the arts throughout their lives.

“There’s no better example to show them than the Cambridge Symphony Orchestra and the Nashoba Valley Chorale,” Richter said, “because they make music with people of all ages and do really important work along the way.”

But another important part of the concert is community engagement. The concert series will spotlight Lowell nonprofit House of Hope, which works to help homeless Massachusetts families.

“There are so many wonderful nonprofits that people don’t know about,” Woods said. “We decided to go with a Lowell community organization this time around because we’re up there, and an organization that we believe is really getting involved and building the pieces of a better community.”

Anne Watson Born is the director of the Nashoba Valley Chorale, a group of about 75 people based in Littleton who will also sing at the concert. She said the requiem “always elicits the best music from every composer who stages it,” including Mozart.

The choir performed the Verdi Requiem in 2016, she said, and will also perform Mozart’s Requiem with Symphony New Hampshire in March. Verdi’s piece is “exciting, wild” in parts, but “gloriously tender” in others, said Watson Born.

“It’s very engaging work,” she says. “It really is a fantastic piece.”

A win for Kevin Spacey, the return of Joni Mitchell and country music legends honored