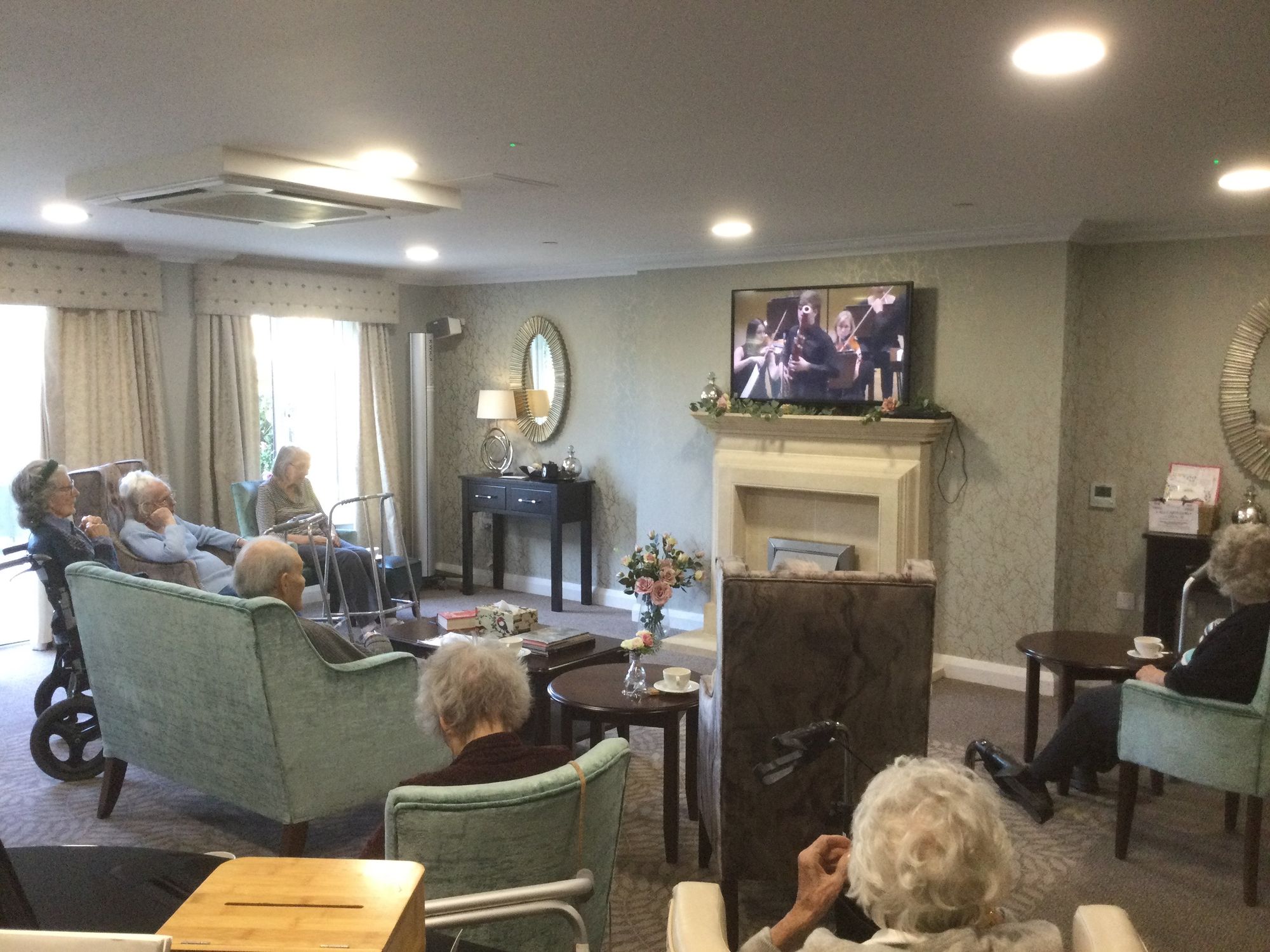 A couple living in a nursing home in Wimbledon, London, use their love for classical music to bring residents together.

For over a year and a half, Justin and Susan Staples have been running a ‘Classic Tuesday’ activity club at Signature at Wimbledon. Providing residents with an opportunity to bond and share their passion for the musical genre, it has proven to be a favorite among fellow residents.

Since the start, the classical music club has grown from a core of six to frequently welcoming new faces, including many members of the Signature Wimbledon Activities team. Justin and Susan are excited about the prospect of more classical music lovers at the nursing home joining them for their sessions.

Justin’s love for classical music developed from an early age. While at boarding school, he sang as an altar boy, and it was then that he first learned to read music.

He also took piano lessons and, although he never became extremely adept with the instrument, his awareness of the world of classical music in general was stimulated by the many records at his disposal, ranging from Bandenbury Concertos at the Prelude in the afternoon. of a faun.

Bitten by the music virus, his love for art snowballed thereafter. Although his journey took a different direction, embarking on a career in the diplomatic service, Justin took advantage of his career abroad to explore all the musical opportunities available to him during his travels across the country. Europe and Asia.

From watching performances by legendary guitarist Fischer-Dieskau and Segovia in Berlin, to attending eccentric opera productions by Maurice Béjart in Brussels, for Justin, this chapter of his life has only deepened his love for classical music.

When asked what his favorite classical music memory was, Justin replied, “I’m spoiled for choice, but if I really had to pick just one example, it might be my first Rosenkavalier.

“It was the Covent Garden production in the early 1960s with the incomparable Schwarzkopf, one of only two occasions when I heard her in actual performance. An utterly overwhelming experience and it took two days before I don’t come back to earth.

“We encourage all residents to get involved or support where they can, with many of our programs shaped by our residents and their own interests, from current affairs to music, sports and history. “

Get all the latest news, updates, things to do and more at Londonis dedicated InYourArea Feed