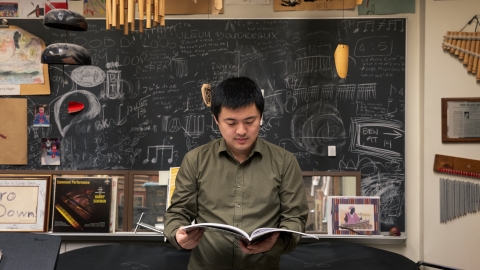 When Feng Jianpeng started as a music vlogger in April 2020, he never imagined he would have 300,000 subscribers. The Connecticut-based percussionist and music teacher took up vlogging when the pandemic forced performances to be canceled and classes moved online.

His channel “daodaoFeng on Music” on the Bilibili streaming platform hit 300,000 subscribers this week, with a total of over 16 million views from over 190 videos. His YouTube channel, “Feng’s Music Channel,” with the same Chinese-language content, has more than 120,000 subscribers and has recorded nearly 8 million views.

“It’s far beyond my highest expectations,” the 33-year-old musician told the Shanghai Daily by phone shortly after a performance. “I was only expecting a few thousand views. The idea was to stay motivated and make sure my content wasn’t boring.”

Feng’s success highlights a global trend that has emerged over the past three years amid the pandemic: classical music is becoming increasingly popular on social media platforms, and mostly watched by younger generations.

In fact, TikTok and Warner Classics are collaborating on an album, “TikTok Classics – memes & viral hits”, which is not the standard title for your classical music album. But it includes orchestral arrangements of 18 of the social media app’s most popular tunes.

On his Bilibili channel, Feng describes himself as the first Chinese-born to serve as the lead percussionist in Broadway productions. He holds a doctorate in musical arts from the Hartt School at the University of Hartford.

His music talk shows, which mostly technically dissect songs as to why they’re musically great or awful, have been described as “hilarious,” according to a comment that received the most “thumbs up” on Bilibili.

A recent video involved Feng collaborating with the Shanghai Symphony Orchestra. In it, Feng presents the highlights of the orchestra’s summer music festival and delves into the tradition of live concert broadcasting – from earlier radio concerts to more recent New Year’s concerts in Vienna. For years, the concerts were broadcast on China’s national television, CCTV.

Luckily, the orchestra’s 13th Music in the Summer Air (MISA) festival was forced to go live just days before its launch, due to pandemic restrictions. It was brought back offline the day after the festival started last week.

The orchestra has been in the habit of broadcasting some of its performances live since 2018 and has started to attract a larger audience since 2020, thanks to COVID-19 restrictions. As early as March 2020, he was one of the first to try out a cloud concert series, which received over 5 million views on various social media platforms.

“We have explored various forms of online content over the past three years,” conductor Zhou Ping said last week.

“If you look at MISA this year, it has a lot more content online, from copyrighted concerts by world-renowned orchestras to virtual classes and late-night podcasts. It’s actually a lot more working for all of us with more content, both online and offline, for viewers.”

The orchestra started working more closely with vloggers since 2020. The first collaboration was to have a vlogger replace Zhou as the conductor for a day. 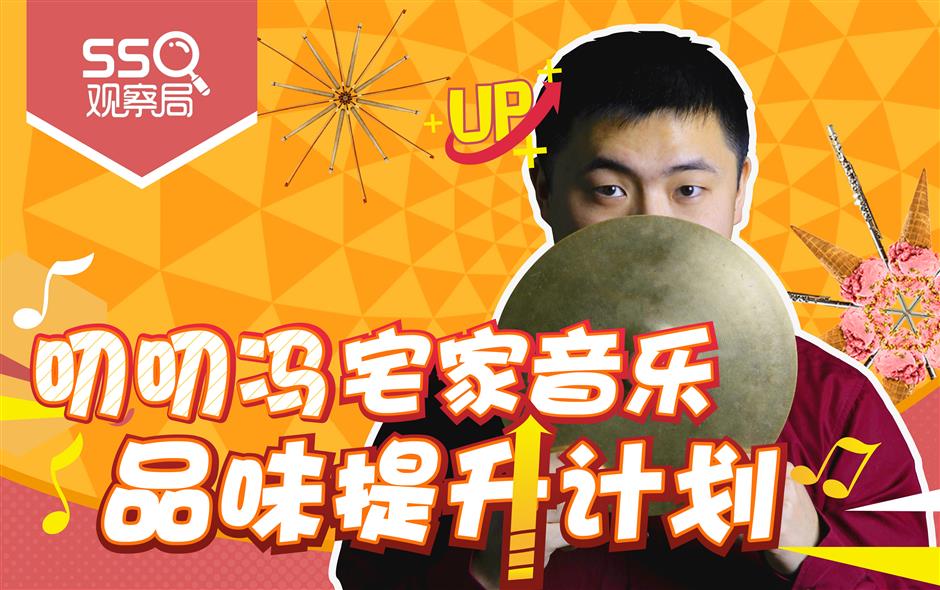 The Shanghai Symphony Orchestra has started working more closely with vloggers since 2020, especially with the “SSO Observer” project.

Over the past three years, Zhou has repeatedly cited the orchestra’s intention to go beyond its musical program and explore the relationship between music and younger generations.

When announcing the music season last year, Zhou said that since the pandemic, “our virtual events were mostly watched by younger audiences. We became more intimately connected with the younger generation and were somewhat surprised by their talents and ideas that are distinct from, and often more creative and innovative than ours.”

Crossing boundaries is somewhat natural for young vloggers like Feng, who don’t hold back from any genre and fear no challenge. His most viewed videos are all different from each other.

One shows him technically analyzing the top 10 songs on Chinese social media. Another shows him playing different rhythms simultaneously with his left and right hands. A popular video shows Feng, the professional percussionist, mastering Taiko Web playing after just five hours of practice.

“I know now how I can garner even more views. I can get into a little bit of celebrity gossip or things like that, but I have my principles,” he said.