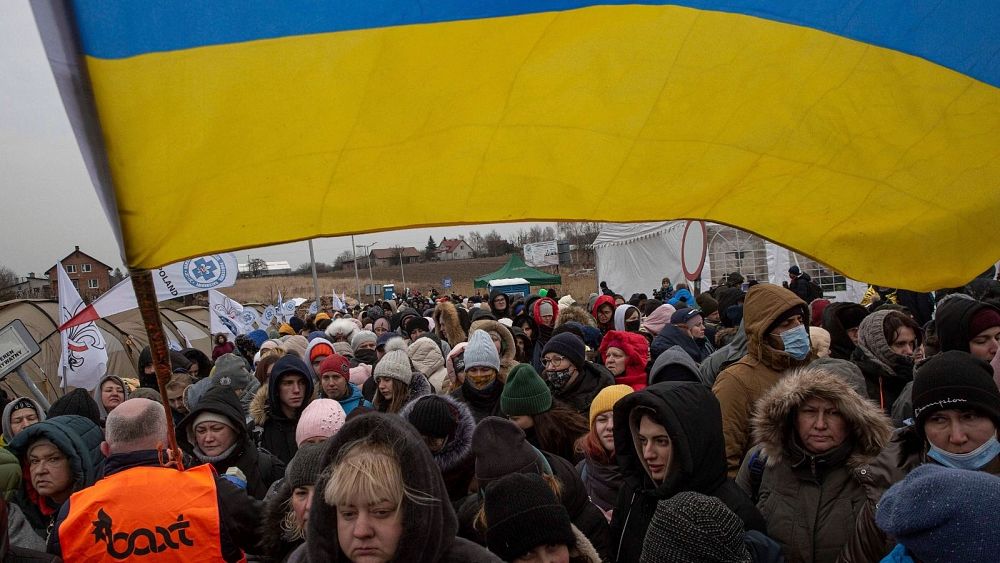 An evacuation of young musicians who perform with the Ukraine Youth Symphony Orchestra is underway, as Europe’s classical music community plays a small part in the biggest refugee crisis on the continent since World War II.

Violins, cellos and violas littering a train platform in Hungary were accompanied by their young owners fresh off a long train journey. The pressure of people towards the Ukrainian borders meant that 30 of them were still missing.

Violinist Myroslava Sherbina says her instrument was the only thing she took with her when she fled Ukraine, along with the clothes she was wearing. The instrument has remained silent since the beginning of the Russian invasion of its country.

“I didn’t want to play to hear the sirens and we could go to the air-raid shelter,” says the 20-year-old.

“I want to feel safe so I can train, and not think that a bomb might fall and ruin my house,” she adds.

She is one of more than 1.7 million people who have fled Ukraine in what the United Nations calls Europe’s fastest growing refugee crisis since World War II. The number is up from 1.5 million on Sunday, the UN refugee agency said.

This number could reach 4 million people if the Russian offensive continues. On Monday, the European Union’s foreign policy chief, Josep Borrell, called for the mobilization of “all resources” from the 27-nation bloc to help host countries.

Sherbina spoke from the Hungarian train station as she and her companions headed for Slovenia on a joint evacuation mission with a Slovenian orchestra.

“There is a group of around 90 people going to this particular station,” said Uros Dokl, a Slovenian volunteer who had come to greet the orchestra members.

“They are not all members of the orchestra, but they are young people playing music, and young people need to be guided.”

Uncertainty and relief continued along the border among the thousands of arriving Ukrainians. Many were wrapped in blankets. Some were holding young children. They were looking for the basic necessities: food, shelter, sleep, support.

Under a canopy next to the train station in the Hungarian border town of Zahony, Tamas Marghescu stirred a cauldron of traditional meat stew. As an outdoor enthusiast and Hungarian director of the International Council for Game and Wildlife Conservation, he called the meal well-suited for those who have been shivering for hours at the border.

“When you’re at home watching the news, you feel so helpless,” his wife, Ilona, ​​said. “It’s… important for people when they get off those trains to have someone smiling at them and to know that there are people here who care.”

In Moldovasome families have opened their homes to refugees.

“It was a natural and beautiful process,” said Sabina Nadejdin, who is hosting pregnant Anastacsia Luybimova and her three young children. Like most other men, Luybimova’s husband remained in Ukraine.

Poland, where more than a million refugees have arrived, on Monday approved legislation offering them financial assistance and allowing them to stay legally in the country for 18 months.

Helping Ukrainians is the biggest challenge Poland has faced in decades, Prime Minister Mateusz Morawiecki said, and efforts “can only be spontaneous”.

At Przemysl station, near the Medyka border crossing, the main point of entry into Poland, the room was packed and a banner in Ukrainian read: “Here you are safe”.